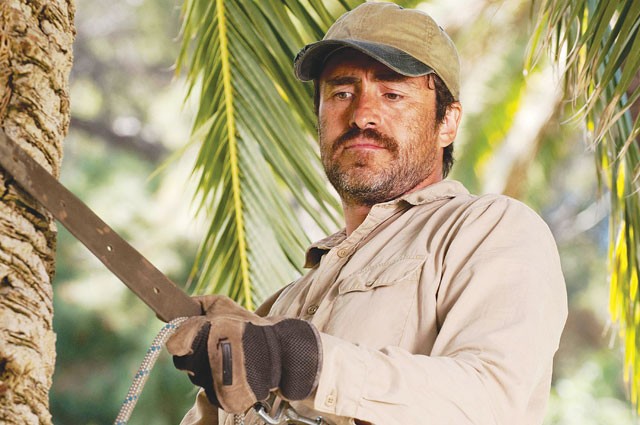 Mexico City-born actor Demián Bichir laughs a bit as he gives his analysis on the current state of U.S. immigration legislation and the suggestion by some people that the government should find a way to send 11 million undocumented Mexicans back across the border.

“Realistically, I don’t know how that could ever happen,” Bichir told the Current during a phone interview about his new immigrant-inspired drama A Better Life. “Immigrants are here. They exist. They have houses. They work. It’s something you can’t ignore. They are here to make their lives happier. Maybe it’s time we start accepting them as part of this country.”

It’s a message that Bichir, best known by mainstream American audiences for his recurring role in the Showtime series Weeds, says is the pulse within A Better Life. The film, which opens in San Antonio July 8, follows the story of Mexican gardener Carlos Galindo (Bichir) and his teenage son Luis (José Julián) as they try to stay afloat in East L.A. amid unpredictable work circumstances and toxic neighborhood influences.

While immigration has been a theme of many notable films in recent years including The Visitor and Sin Nombre, the authenticity of A Better Life is what Bichir considers one of its most powerful assets. Bichir, whose résumé includes a role as Fidel Castro in Steven Soderbergh’s 2008 biopic Che, credits director Chris Weitz (About a Boy) for having a vision that accurately portrays an immigrant’s life in the U.S. and for tackling what he believes is the central problem of the immigration issue — the separation of families.

“The first thing that struck me when I read the script was how real everything was — the characters, situations, locations, and the father-son relationship,” Bichir said. “There weren’t any gimmicks or tricks. It was a straightforward role. Chris wanted to be sure we were taking a natural approach to everything.”

Bichir contributed to Weitz’s vision by taking to the streets of L.A. during pre-production to talk to real immigrants about their experiences pursuing the American Dream in a country still unsure how to handle their status. The research, he says, was invaluable.

“The fact is that these immigrants are good people,” Bichir said. “All of them have a heart. What we need now is to give them a face and a name. We need to know who they are. They’re the people who are taking care of our babies, cooking our food, parking our cars, and working in our gardens.”

And yet Bichir feels A Better Life is without political agenda. That doesn’t mean, however, a film like this can’t help fuel debate on a topic that continues to go unresolved. “I believe in the power of cinema and moviemaking and that a single film can open minds and touch hearts,” Bichir said. “People are going to look at this film and see things that are going on every day. If that changes someone’s view, all the better.” •