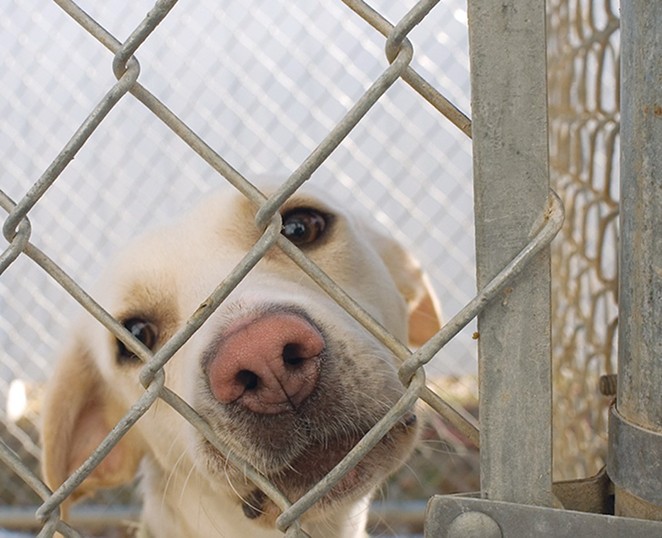 SAPA shelters thousands of animals per year. Without doing so, the city couldn't have reached no-kill status in December 2015, defined as a 90 percent live release rate for animals that enter city shelters. Were City Council to deny the funds — part of a larger mid-year budget adjustment — and SAPA shut down, more animals would have been euthanized.

The money will likely be doled out in monthly installments, and it comes with some conditions.

A city representative — likely the new Animal Care Services Director once one is hired — will now have a seat on the organization's board. SAPA must also hire a new CEO within 60 days (its previous leader, Dru Placette, only lasted five months).

The group is looking for someone with experience managing a kennel and a proven fundraising background. Raising money has been a problem area for SAPA, and lackluster campaigns contributed to the budget shortfall. The city's board representative will help guide the CEO search. A request for proposals to manage the group's adoption center near Brackenridge Park will also be issued.

All City Council members present approved the measure (Councilmen Cris Medina and Ray Lopez were absent). But the lone citizen who addressed the council about the measure, Kelly Walls of Homeward Bound Dog Rescue, opposed its passage. She asked to delay the vote in order to give the public more time to review the details of the deal.

Although they all voted for it, many council members expressed concerns about the organization's long-term prospects at the council's B-Session meeting on Wednesday. Mayor Ivy Taylor said she was "glad to know [SAPA] already raised most of the matching funds … but I really do think we need to take a deep dive there."

"I don't know what our alternatives are other than to support the [ACS] and its partners in pursuing no-kill. Obviously SAPA is one of those," said Councilman Ron Nirenberg. "But if things don't change I'm not sure the money wouldn't be better off at ACS."

Tommy McNish, the chief operating officer of SAPA, said that the funds would help recalibrate the organization's structure and operations while continuing to shelter animals.