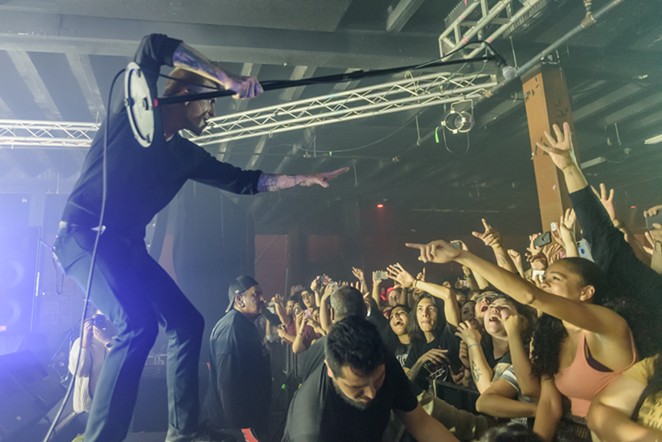 Alamo City Music Hall — an East Side music venue that's hosted touring acts playing anything from metal and punk to rap and teen pop — will close its doors, according to a brief message on its Facebook page.

The post by venue owner Sylvia Fernandez didn't state a closing date, only that some shows this weekend will continue while "others have been moved due to construction" at the building. She gave no explanation why the 10-year-old venue was shutting its doors.

"All of us at Alamo City Music Hall can't thank the community enough for your support over the years, and to the bands and promoters, we are eternally grateful you chose our venue," Fernandez wrote. "We will carry the memories with us forever."

Fernandez also promised an update on a "new venture for concerts in the near future."

Alamo City Music Hall's Facebook page includes listings for a handful of shows through April, including a pair of metal package tours this weekend and an April 6 booking for poppy post-hardcore band Dance Gavin Dance.

Twin Productions, a local promoter that brought in a number of the venue's touring shows posted on its Facebook page that it had "found homes for all our existing ACMH shows and will update ticket holders throughout the weekend."

A Facebook page for the Decibel Magazine Tour with Cannibal Corpse — a Twin Productions event scheduled for Sunday, Feb. 17 — has already been updated to give VIBES Event Center as its new location.

We'll let you know more as we learn more.