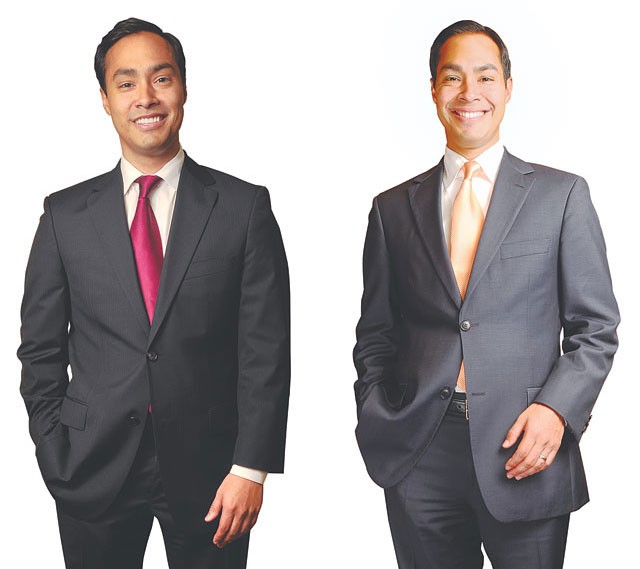 Soon enough, President Barack Obama came calling. Julián was invited to the White House to dish immigration and energy policy. Then, coinciding perfectly with twin Joaquín's eventually successful run for Congress, and with his own push for expanded local Pre-K (Julián's most ambitious policy achievement yet), the mayor was called upon to keynote the Democratic National Convention.

The Castros are now national political fixtures. Both have entered the realm of talking-head-dom, routinely asked to talk gun control or immigration on the big Sunday morning "newsmaker" talk shows. Julián recently urged Congress to pass sane, humane immigration reform measures before a House committee. And the twins have even graced the pages of Vogue, with portraits shot by famed photographer Annie Leibovitz.

Speculation abounds for what the future holds for either of San Anto's Democratic wunderkinds. Many Democrats predict Texas turning purple in the near future, and hope a Castro could eventually take the governor's seat. For now, Joaquín's in D.C., wading through his freshman year, and — despite early rumors Julián would consider a plush Obama cabinet appointment — he's sticking local. The mayor just officially filed to run for a third term he'll inevitably win. — Michael Barajas