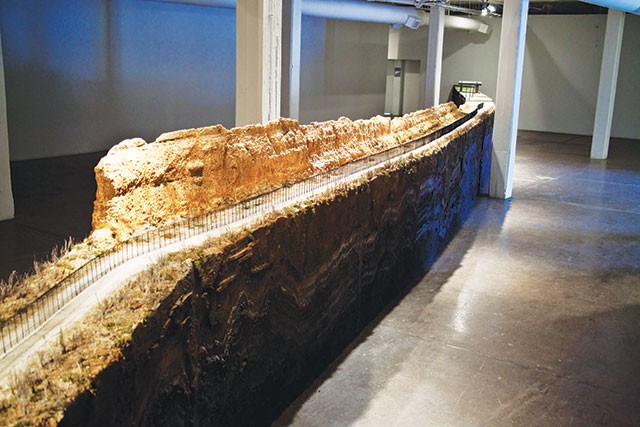 The truth is, building a wall along miles and miles of a remote political border has never proven to be an effective barrier to human will.

The 72-mile-long wall Roman Emperor Hadrian had built across northern England beginning in 122 A.D. may have provided some control over immigration, smuggling and customs, but scholars question how effective it would have been at stopping an invading army, not to mention the cost of construction and maintenance. However, covered in plaster and whitewashed, its shining surface reflected the power of Rome to the troublesome Scots tribes.

Construction began on the Great Wall of China in the third century B.C. and continued for nearly 2,000 years, but it never stopped invaders. Instead, the 3,000-mile-long earth-and-stone structure came to function more as a psychological barrier between Chinese civilization and the rest of the world, a tangible symbol of the country’s enduring strength.

The 100-mile-long Berlin Wall was erected in a single night between August 12 and 13, 1961, to prevent the remaining East Germans from joining more than 2.5 million of their fellow citizens who had already fled the iron-fisted rule of the Soviet Union. While the Soviets continued to strengthen it during its 28-year-old history as a symbol of Cold War oppression, the wall came tumbling down on November 9, 1989, demolished by the capitalist siren call of freedom, blue jeans and rock ‘n’ roll.

Blane De St. Croix, who heads the sculpture department at the University of Indiana-Bloomington, traveled more than 3,000 miles, sketching, photographing and talking to residents, contractors and journalists on both sides of the Mexico-United States border, as preparation for the creation of his Broken Landscape III installation at the Blue Star Contemporary Art Museum. But none of the information he gathered in his research is presented as part of this exhibit.

Instead, he has meticulously reproduced a scale model, reminiscent of a model-train layout, of a 14-mile strip of the U.S./Mexico border near Eagle Pass, TX. Stretching 80 feet across Blue Star’s Main Gallery, Broken Landscape III stands 7-feet tall at its highest point and is more than 2-feet wide.

As you walk along the landscape that divides the gallery, your eyes are at about the same height as the telephone lines, zooming along like a low-flying drone, overlooking a golf course, a highway overpass cut in half and the black steel border fence that runs along fields and a dramatic cliff face. Extending below ground level to the gallery floor are layers of rock and sediment. Along with plywood and foam, De St. Croix used moss, sticks and other natural materials to construct his three-dimensional landscape painting.

In his impressionistic pen-and-ink sketches, De St. Croix presents pretty desert landscapes crossed by the weird, alien presence of the fence, slithering through the hills like a giant dragon. A cleared strip for the wall that runs straight through the landscape suggests an extraterrestrial origin.

Despite the detail, what De St. Croix doesn’t show are the tunnels beneath the border, the hidden airstrips and the bribes changing hands at border crossings, not to mention the perils for migrating wildlife. But what Broken Landscape III makes palpable is how arbitrary and unnatural the border fence is, an expensive symbol of American paranoia whose usefulness will always be in question.