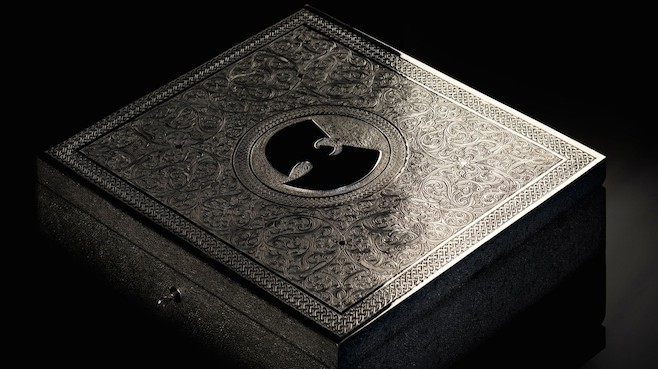 Once Upon a Time in Shaolin

From the slums of Shaolin, Wu-Tang Clan strikes again, setting out to re-establish the album as a piece of art. Their upcoming double-LP Once Upon a Time in Shaolin will be pressed only once, and guarded heavily so that its tracks remain locked up, away from the grassroots distribution center of the internet.

Like a touring art exhibition, the Wu plan to display Once Upon a Time in Shaolin at festivals, art galleries and museums. For security purposes, listeners will have to wear headphones to hear the 31-song record. According to Forbes, who broke the story, the Staten Island collective is in talks with the Tate Modern, London's illustrious modern art gallery, to host Wu Tang's record. After the tour, the RZA the GZA, [the late] Ol Dirty Bastard, Inspectah Deck, Raekwon the Chef, U-God, Ghostface Killah and the Method Man plan to sell the album with a seven-figure price tag.

More than a simple press stunt, Wu's treatment of Shaolin lines up with recent industry attempts to break the album release mold in an era of declining physical and digital sales. From Lady Gaga's, Bjork's and Jay-Z's album-release-via-app to Beyonce's surprise drop of her fifth, self-titled album late in 2013, major artists have been looking outside the box to spark sales. With varying levels of success, it's an industry trend that will likely continue.

Where Wu-Tang break away from the pack is in their intention to sell a single copy at an exorbitant rate. Whether or not an individual philanthropist or cash-seeking record label will then release it to the masses is beyond knowing. It's also beside the point. With Once Upon a Time in Shaolin, Wu-Tang look to re-envision the album as a work of art, rather than entertainment, or information to be shared.

It's an unexpected collision, but the Wu-Tang's intentions line up with the stylings of German philosopher Walter Benjamin. In his 1936 essay "The Work of Art in the Age of Mechanical Reproduction," Benjamin states (among other things) that the aura, the sublime element of a work of art, is stripped from a piece when it's mass pressed.