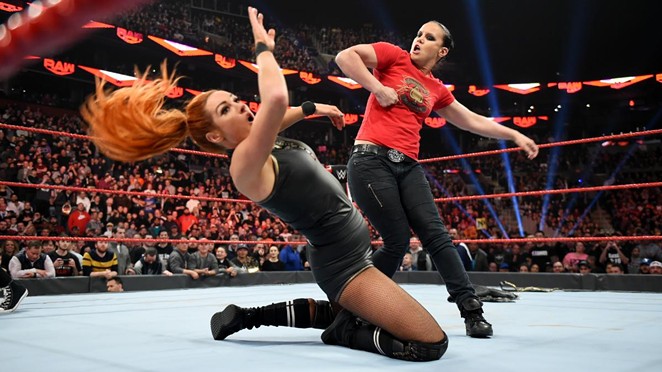 San Antonio wrestling fans should get pumped, because the WWE is returning to the Alamo City early next year.

In late January, WWE's Monday Night RAW Live is headed to the AT&T Center for a one-night show featuring its trademark action, drama and acrobatics.

The card has not been set, likely because the lineup will be contingent on this weekend's big pay-per-view event, the Survivor Series. That being said, WWE superstars like Seth Rollins and RAW Women's Champion Becky Lynch are likely to make an appearance.

Tickets for the general public go on sale at 10 a.m. on Friday, November 22.