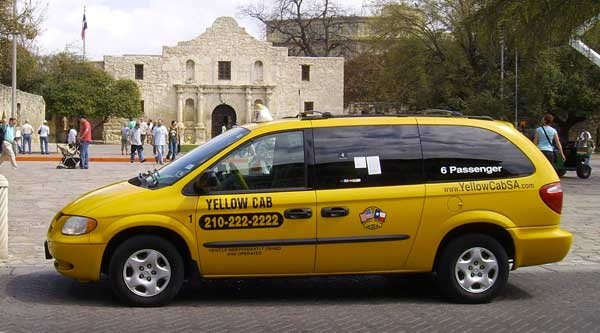 **Update 5/19/15 12:31 p.m.
The story has been edited to reflect that the website for the anti-Uber campaign is now working.
We'll provide another update once we receive comment from The Mach 1 Group, the PR company representing the campaign. We've also reached out to Uber for comment, but have yet to hear back.


A national-brand cab organization has launched a full-fledged assault in the Alamo City against ride-sharing service Uber.

It was already clear that there was no love lost between traditional taxi companies and outfits like Uber and Lyft, which are seen as competitive threats.

What cab companies have maintained is that Uber doesn't play fair. And now it's being accused of willingly putting their customers at risk of bodily harm.

So at least argues one taxi company, Yellow Cab, in going on the attack to destroy Uber's reputation.

The ad lists various big cities across the country, from LA to Boston, in which Uber passengers were reportedly attacked by their drivers. The ad says the victims have been mostly women.

"When you get in an Uber, no one really knows who's driving you," the ad warns. "That's because Uber refuses to fingerprint new drivers to determine an accurate criminal background and establish their identity."

And then it brings it home for us: "Is San Antonio next?"

The ad lists a Twitter account for more info. It also refers readers to get more information here.

Interesting timing from Yellow Cab, since Uber had already decided to pull out of the Alamo City, arguing city leaders didn't lay out anything close to a welcome mat.

The ride-sharing service made a surprise return for a day during Fiesta last month.

Stay tuned for further coverage, including what Uber has to say about the attack ad.