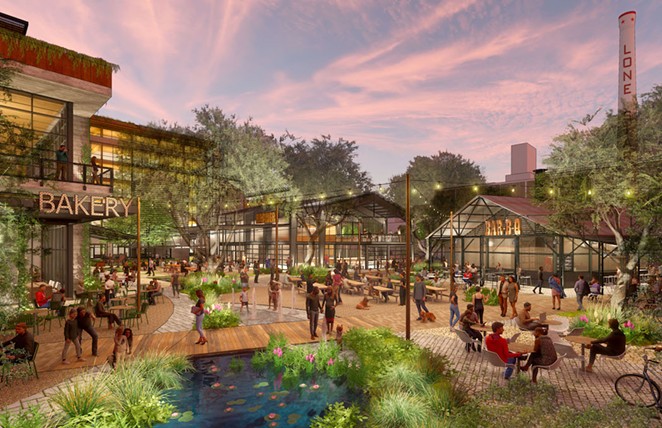 Following several failed attempts to rejuvenate San Antonio’s Lone Star District, a new partnership with local ties is on track to get the long-awaited project rolling.

Previous issues for the redevelopment of the property run the gamut from bankruptcies, environmental hurdles and that fact that it just costs a truckload of money to redevelop such a large collection of buildings — especially when they’ve been vacant since 1996.

The new developers maintain that — armed with extensive experience developing large projects, a new plan for the site, bond funding and a different ownership structure — they can successfully turn the complex into a pedestrian-friendly mix of apartments, offices, restaurants and shops.

Entertainment venues, art and green space for events are also a large part of the plan, as are areas to promote spending time outdoors.

“Lone Star District will enhance the eclectic nature of its surroundings," Midway CEO Jonathan Brinsden said in an emailed statement. "The project’s scale, density, sensibility and aesthetic have been meticulously planned to respect its context and ensure authenticity.”

He continued: “From reimagining existing spaces to ground-up development, Midway has strived to create balance in each of its projects for over 50 years. By envisioning the needs of the community, our investors, tenants, residents, team members and guests, we deliver projects of distinction, aesthetic relevance and enduring value.”

The firms' new venture follows several years' worth of attempts to repurpose the 1.8 million-square-foot complex. The most recent of those included a $300 million proposal for entertainment venues, retail, multi-family housing and a hotel. It fell through in 2017.