You Betta Work: After a Year in Brooklyn, San Antonio-Raised Darian Thomas Continues to Thrive 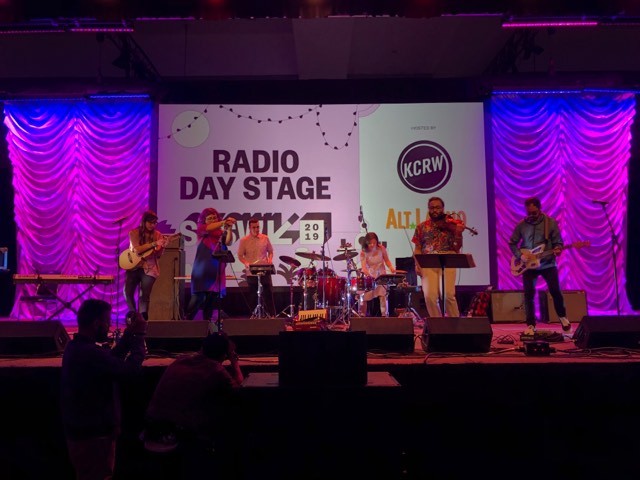 Sometimes when musicians move away from San Antonio to further their careers, they receive a backlash. But, with Darian Thomas, who's coming up on a year since relocating to Brooklyn, it seems like the SA community is continuing to cheer him on.

From growing up with the Youth Orchestras of San Antonio (YOSA) and performing in his electronic project Saturn Skies to handling violin duties in heavy-hitting acts like Deer Vibes, Femina-X and the Foreign Arm, Thomas’ omnipresence helped build the local music scene. Still, when he announced he was moving to Brooklyn to further his music career, we sent him off with love.

Watching Thomas perform with Brooklyn-based alt-Latino indie-pop band Balún at a South by Southwest showcase on Wednesday, I witnessed the artist operating at full capacity. Beaming with joy, he appeared to be exactly where he needed to be — onstage at a major music festival and rocking out to the percussive grooves with his long dreadlocks bouncing behind him.

Afterward, Thomas said his time in the Alamo City prepared him to find his place in the saturated music hub that is NYC. “I think San Antonio is a really great training ground to try everything, which was why I was in like six bands and YOSA,” he said. “Because I knew when I went out to Brooklyn, I wanted to be able to be put in any situation and just figure it out." It appears Thomas has indeed been figuring it out. On top of playing violin for Balún, he’s also in another six ensembles. And, while he says he misses the people and food in San Antonio, it’s clear he's thriving in a new environment that's offering more opportunities for his art — and at a rewarding pace. “At times it’s hard, everything’s way more expensive,” Thomas said. “But I like the fact that people move quicker — like people are OK with being uncomfortable for really long periods of time, which I think works better for me.”

Thomas added that he has plans to make more music in San Antonio, but couldn’t provide additional details. Yet.

Balún's performance took place inside one of the ballrooms inside the Austin Convention Center, which felt a little sterile, but the band still had an amazing sound. Frontwoman Angélica Negrón said it was a nice change to actually be playing the convention center instead of a bar this go-round, as a six-piece band can be a challenge for a sound guy to mix.

“It’s been helpful for us, because we have lots of layers and lots of instruments,” Negrón said. “It’s definitely challenging to play South By, because they’re no sound check for anyone, so it was just more comforting to know that there are more people on the [SXSW] team helping out [with sound].”

It was Balún’s third time at the festival and the second for Thomas, since he played a showcase with Deer Vibes in 2016.

“Darian brings a youthful and positive energy, and [his] musicianship and artistry is inspiring," Negrón said. "It’s tricky to find players to get what we’re doing, because it’s like, 'Oh yeah, [this is] electronica or rock.’ But it’s not really any of those, but it’s all of them, and [the person] needs to be not like a great violinist only, but a good fit musically — someone who really gets it. And we’re really grateful to have Darian."