Your Money’s (Almost) No Good at Barter Markets 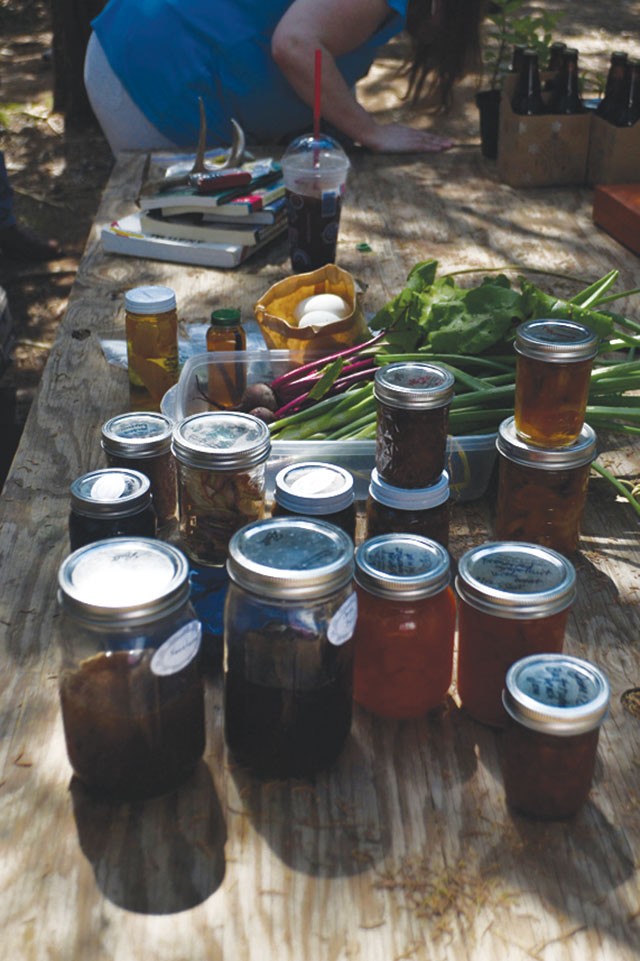 Do you like the idea of homegrown produce and natural goods, but balk at Whole Foods or farmers market prices? A barter and trade group just might be the solution. Canned fruits and veggies, handmade soaps, fresh meat, soy candles and even bags of good compost; these are just a few of the items you’re likely to find at one of several barter/sell/trade meet-ups popping up around SA—and in some cases, you can leave your wallet at home entirely.

“I’ve always liked to make my own things,” said Lori Medina, an occupational therapist, “so then, it was just a matter of finding other likeminded people. It grew from there.” Medina and boyfriend Gabriel Ibarra, executive chef at Cappy’s, are the instigators behind one of the newest barter meet-ups in town. Medina set up a Facebook group called “San Antonio’s Homemade & Homegrown Barter and Sell,” which aims to give individuals who wish to “barter or sell items they have grown, raised or made themselves” a chance to interact online and in person at monthly gatherings.

Medina drew inspiration for her group from Suchil Coffman, program director for The Human Path, an outdoor education school that she and her husband established in 2008 after many years of practicing the skills they teach. Last April, Coffman created “The Barter Experiment,” a monthly meet-up at the school where people trade sustainable, handcrafted goods, develop their own skills and build community. In the 10 months that the event has taken place, it’s grown from just 24 attendees to as many as 70 each month.

In contrast to shopping at a store or farmers market where you find your items, make your purchase and leave, Coffman’s project focuses on forging relationships. Each month, there’s time set aside at the end of the event when participants gather for coffee and tea. “It’s really a chance for people to get to know each other. The underlying premise is to build a community of people working together,” Coffman said. The next step is to set up workshop type spaces at each event, where artisans will demonstrate their processes and educate other barterers.

After attending several of Coffman’s meet-ups, which take place a few miles north of 1604 off 281, Medina decided to bring her take on the idea closer to the center of the city. “I have seen other bartering events pop up since we started 10 months ago, and I think it’s a great thing,” said Coffman. “The more people who are bartering means the more who get the concept of sustainability.”

Check out the Barter Experiment Facebook page on for info on how to attend Coffman’s next event (February 16) and the San Antonio’s Homemade & Homegrown Barter and Sell Facebook group for more on Medina’s next meet-up (tentatively February 8 at Olmos Park Terrace Triangle Park).