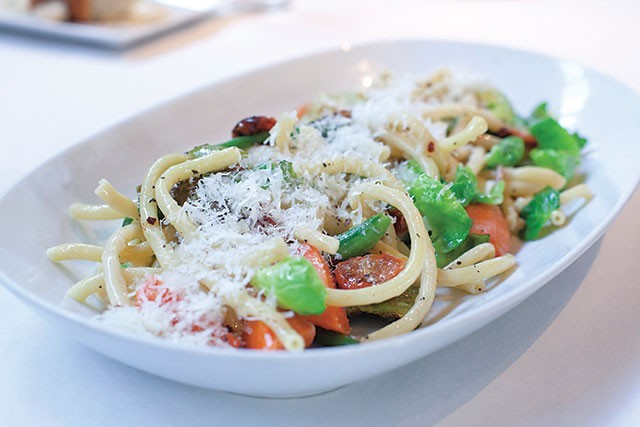 On Friday evening, chef Andrew Weissman tweeted out the demise of Il Sogno, his regional Italian restaurant that opened at the Pearl in 2009.

As one of the first restaurants in the now vital area, Il Sogno also garnered plenty of praise from local and national publications alike. The pizza happy hour was like no other, and Il Sogno was THE spot for power breakfasts.

The Pearl's public relations firm shared the news on Saturday morning with a statement from chef saying, "Restaurants have seasons, and while it has been a long and successful run, I feel like the season of Il Sogno has come to end. I want to thank my team and my amazing customers for years of loyalty and look forward to the next adventure for me and my family."

On Twitter, Weissman hinted at new additions for Signature at The La Cantera Resort and Moshe's Golden Falafel, with breakfast on the way.

But on Instagram, the chef posted a more thorough statement on why he's chosen to close Il Sogno, citing wanting to take summers off and figuring out work-life balance. Read that full statement below:

It is with a #heavyheart that I announce the #closing of #ilsogno. I feel I have #saidwhatiwanttosay with this #restaurant and #itistimetomoveon as I continue to improve my work/home life balance. And pursue my goal of moving away for the summers.some will try to read into this as something that it is not. It is still a very profitable enterprise with satisfied staff plying their trade in a great space at a dining #destination. I have a long history with @historicpearl one that I am proud of. It is just time to turn the page and move on to other concepts and consulting gigs that await. Thank you to past and present staff as well as clients—-you have made this all a possibility. If you have had less than a stellar experience as an employee or guest I personally apologize as that will be the only regret(s) that I carry with me.

Il Sogno served as a training school of sorts for several San Antonio chefs who have gone on to open their own ventures including Michael Sohocki, who worked at Weissman's Le Reve as well as Il Sogno before leaving to eventually open Restaurant Gwendolyn, Kimura and Il Forno. Chef Pieter Sypesteyn of The Cookhouse, Luca Della Casa of Nonna's and Anne Ng of Bakery Lorraine also spent time in the Il Sogno kitchen.