A legacy of reclaimed art masterpieces and devastating loss 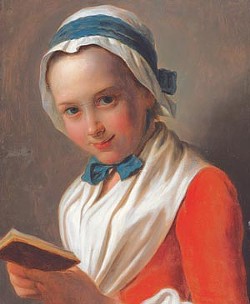 
Marge Gregerman views the exhibition of Jacques Goudstikker’s collection at the McNay through two lenses.

“As a docent at the McNay, this is an exemplary exhibit of 17th-century Dutch art, which `San Antonio does not` have. As art for art’s sake, it’s a wonderful contribution towards understanding what in Dutch culture produced these works,” Gregerman says, her measured delivery hinting at a habitual thoughtfulness, a tendency towards contemplation. “At that level, `docents` will be able to talk about what life was like in Holland; mostly the birth of middle-class life, of secular life … Holland was really exceptional in that it did not have the same religious laws as in the rest of Western Europe, `laws` which limited what Jews could do, and excluded them from the rest of the general citizenry. Any time `this kind of integration` happens, you’re going to get a rich, diverse community, and this is reflected in art.”

Gregerman is also the curator of the new permanent art exhibit at the Jewish Community Center’s Holocaust Memorial Museum, entitled “America: Response to the Holocaust,” and as such is ever-mindful of the concomitant loss of life signified by the reclaimed art, and the reluctance with which World War II-era United States came to the aid of European Jews. I met Ms. Gregerman on the second floor of the JCC campus, where the Jewish Federation of San Antonio Holocaust Museum resides, as well as an outdoor terrace consecrated to the memory of the six-million lives lost between 1933-1945. There, Donna Dobberfuhl’s Eternal Light shines from a sculptural form of piled stones, each engraved with the name of a concentration camp, Jewish ghetto, or other significant location of Jewish loss.

Gregerman notes that Reclaimed represents just a fraction of art collections whose Jewish former-owners were either killed outright or dispossessed by the Nazis. The heirs often have little official provenance beyond stating, as Gregerman says, “This painting hung on the wall of our house.” Unfortunately, the Nazis issued spurious bills of sale to the owners, usually for a pittance, and thereby claimed that these priceless holdings weren’t stolen, but purchased, making reclamation all the more difficult.

“The `works in Reclaimed` are just the tip of the iceberg,” agrees Maxine Cohen, the outspoken, charismatic director of the Jewish Federation of San Antonio and the Holocaust Memorial Museum. “`The stealing of art by the Nazis` is really a facet of a much larger story.” Cohen recently spoke to the McNay docents about the historical context of Reclaimed, emphasizing that “as devastating as the Nazi theft of art and objects all across Europe was, it doesn’t even compare with the loss of life, especially the million-and-a-half children.”

San Antonio’s Jewish community, though relatively small (“between nine and 10 thousand people,” Cohen tells me), has been supportive of Reclaimed. “Everybody I know plans to go see it,” she says. Both Cohen and Gregerman hope that viewers take away a sense of Jacques Goudstikker as representing the best aspects of Jewish European life, as a pluralistic, powerful, and forward-thinking exponent of humanistic art and culture, not merely a persecuted victim. The viewers of Reclaimed should count among the losses of the Holocaust an entire generation of writers, thinkers, artists, scientists, and cultural leaders.

Cohen adds, “`exhibitions like Reclaimed` are important as just one tool of education, to keep dialogue going. You know, we can’t just put `the Holocaust` on the shelf and say, ‘Well, that’s the past,’” she says. “The truth is, those very same techniques which were used by the Nazis are used in this country, and they’re being used today.”
— Sarah Fisch