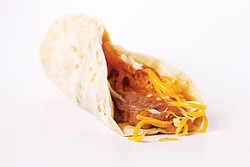 The thought of having a strictly vegetarian restaurant in a meat city in a meat state seemed like commercial suicide, to say the least. You really needed to know what you were doing.

Judging by Green’s apparent success (especially that packed, unforgettable opening day in 2007), owner/chef Mike Behrend knew exactly what he was doing. But even though I loved the food, it always seemed to me there were two Greens: When he was at work, the restaurant was a well-oiled machine and everyone took care of every single detail. But as soon as he left, too many workers talked and looked as if they’d rather be elsewhere.

Two years later, it’s all changed for the better.

On a cold night in early December, Amanda (the kind of waitress with an elephant’s memory, who doesn’t write anything down and never makes mistakes) was ready to spout useful information about any given menu item, and was courteous on top of everything.

And, for the most part, the food reminded me how special Green is: This isn’t your usual “health” joint that costs a ball and a half, or that reminds you of Woody Allen ordering at the Sunset Strip restaurant in Annie Hall (“I’d like the mashed yeast and the alfalfa sprouts”). This is real real food for real real people: You won’t file for bankruptcy (nothing costs more than $12), and you ain’t gonna get cancer.

I always like the eggplant parmesan plate (served over tomato basil marinara with whole-wheat pasta and parmesan cheese), and the zucchini enchiladas (with onion, cheese, and topped with bean-based chili).

If you’re into burgers, your best choices are the Green (literally) burger (a homemade veggie patty with avocado, lettuce, tomato, and a great tasting chipotle mayo), the BBQ Cheddar Burger (a green burger with barbecue sauce and cheddar cheese), and especially the Portobello Burger (marinated and grilled portobello mushrooms with caramelized onions, chipotle mayo, lettuce, and tomato on a homemade whole-wheat bun).

But if you ask me, I recommend the portobello
mushroom “steak,” with the same caramelized onions, and order a side (or two) of the incredible coconut-cilantro rice. That rice really stole dinner for me, and it goes great with anything. Yes, it needed more salt, but if you want more salt (which is used sparingly at Green), just put it on yourself.

My other side-order weaknesses are the herbed mashed potatoes and the sweet potato fries, even though I would prefer the latter thinner and crispier. And don’t underestimate the West African Peanut soup (which I don’t see on the menu, but I guess it was the day’s special soup or something): It looks thick, like something you feed a prison inmate in Arizona, but it’s tasty and ideal for a freezing winter night.

The only things that bothered me while eating were the heating system (what is it with San Antonio? Everywhere I go indoors is freezing in the winter!), which should’ve been warmer, and the fact that I don’t like to eat while a waitress (not Amanda, of course) starts stacking chairs right next to me 40 minutes before closing time. But it’s just a little price to pay for an unusually pleasant dining experience.

In a city were crap-eating and obesity seem to be the norm, Green is a welcome healthy, tasty, and, unlike most veggie or “health food” restaurants, inexpensive alternative. •