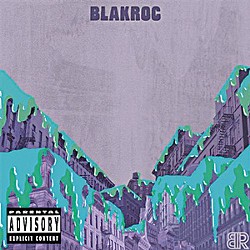 
Let’s be honest: When the Black Keys echo through a big set of speakers, hip-hop is the furthest thing from your mind. Their soulful rock helped define modern blues. The Keys’ Patrick Carney and Dan Auerbach capitalize on the framework of rock ’n’ roll. Their fierce rhythms and rip-roaring guitars are timeless. That’s because the Keys stick with what works, whether it’s straight whiskey or a solid blues chord. BlakRoc, the new collaboration between the Akron duo and 11 hip-hop and R&B artists, may come as a surprise to listeners. Yet Carney and Auerbach have been huge hip-hop fans since they started making music. For 11 days, the two shared a studio with some of their heroes — RZA, Mos Def, Q-Tip, Ludacris, Nicole Wray, and Raekwon, among others. Instead of taking the driver’s seat, they let the MCs front the show. The eerie reverb of the Keys’ blues creeps through the spaces between Wray’s lamenting howls and Raekwon’s smart prose. It’s fun to hear Ludacris and the late Ol’ Dirty Bastard rap about what they know best on “Coochie,” especially when fuzzy guitar and exploding horns resonate behind them. This is the rap-rock record Lil Wayne has been promising us for a year, but it sounds like this crew is having a lot more fun. — Danielle Sills