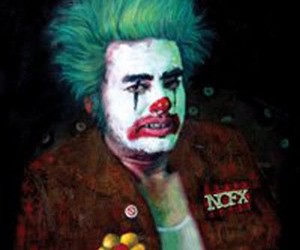 
With all of its original members (Fat Mike, Eric Melvin, and Erik Sandin) and a guitarist named “El Jefe” (who joined the band in ’91), ’80s-era San Francisco punk band NOFX should sound as tight as they did on 1994’s Punk in Drublic, which was certified gold without any aired music videos or radio play. Not to dwell on urine and what happens when musicians put it where it doesn’t belong, but just last year at SXSW, Fat Mike was permanently banned from Emo’s when he served tequila shots to concert-goers before showing them a video of himself urinating into the bottle — all while dressed as his alter-ego “Cokie the Clown.” $25, doors at 7pm, Backstage Live, 1305 E Houston, (210) 224-2747, backstagelivesa.com, detourtickets.com.