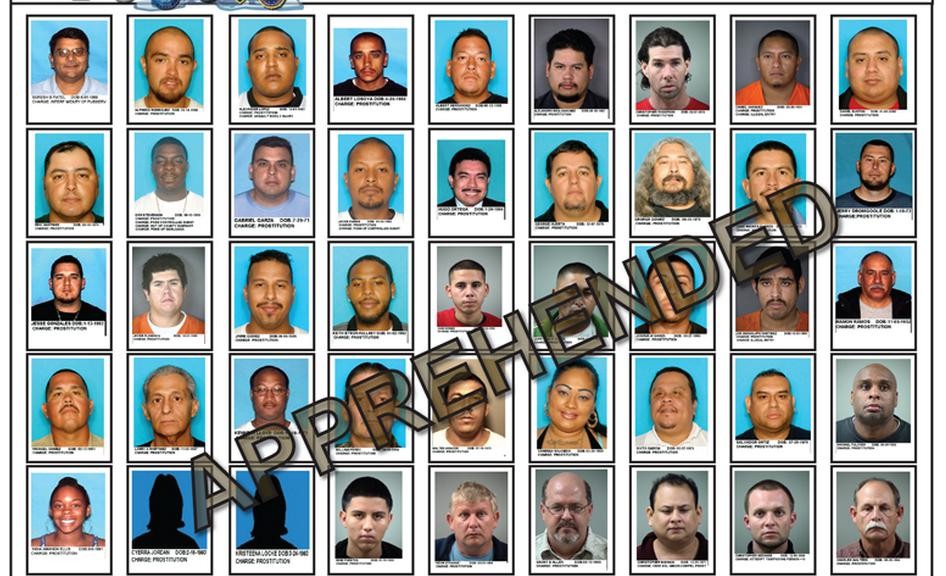 A local prostitution sting earlier this month caught 46 suspects, mostly men trying to buy sex, including a local teacher, a Bexar County Sheriff's Office employee and an on-duty EMT who sought out sex with a 15 year old.

Salvador Ortiz, 36, was among those arrested trying to buy sex from an undercover deputy. Up until his arrest, Ortiz worked the front desk at the Bexar County Sheriff's Office, officials said. Stinson Middle School social studies teacher Douglas Allen Grant, 47, was also arrested and charged with soliciting prostitution.

Officials also issued one arrest warrant for criminal solicitation of a minor and another for attempted trafficking of a minor. They charge that EMT Christopher Bednarz, 32, specifically tried to buy sex with a 15-year-old girl from an undercover officer while he was on the clock. – Michael Barajas