It's Juneteenth. Where's the Celebration? 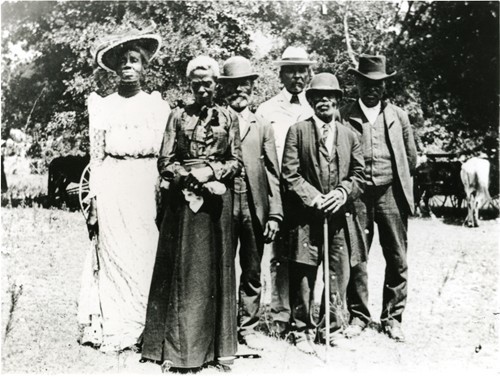 Some things take forever and a day to get done.

In 1865, two and a half years after President Lincoln's Emancipation Proclamation, African Americans in Texas were finally informed that the days of slavery were over.

The news was delivered by Major General Gordon Granger when his regiment arrived in Galveston to enforce Federal control of Texas after General Lee's surrender in April, 1865. Celebrated on June 19, Juneteenth is a contraction of "June" and "19th," and is oldest holiday to commemorate the end of slavery in the U.S.

During the 19th century the holiday was celebrated in Texas, and later, in African American communities throughout the country. It fell into decline in the early 1900s when African Americans finally received access to public education. Textbooks made no mention of the holiday. Juneteenth celebrations were reinvigorated in the 1950s and '60s during the Civil Rights Movement.

In 1997, Texas Land Commissioner Jerry Patterson, then a state Senator, co-sponsored a bill commissioning a five-statue monument to be placed at the Texas Capitol honoring the day Granger read the proclamation of freedom in Galveston. The statues were made, but disagreements on how they should be sited led to the work being decommissioned by the state lege in 2011.

One of the statues, of an African-American lawmaker, stands guard in Galveston, overlooking the very spot where Texas Emancipation was first announced. The other four — portraying a preacher, a woman, a farmer, and his daughter – stood outdoors at a foundry in Bastrop, until April of this year. More recently, the statues lay on their sides and wrapped up in a state warehouse in East Austin.

“This day is about liberty,” Patterson said, “and that is something every Texan should support. Let’s get this done.”

Noting that 14 years have passed since the statues were authorized, Patterson expressed frustration with the bureaucratic hold up.

“How can something this right be so hard to do?” asked Patterson.

“The back of a government warehouse is no place for monuments to individual liberty,” Patterson said. “Let’s reunite these statues and give Texas Emancipation the public recognition it deserves.”

Above, a Juneteenth celebration in Austin, Texas, celebrated on June 19, 1900. Photo: Wikimedia Commons