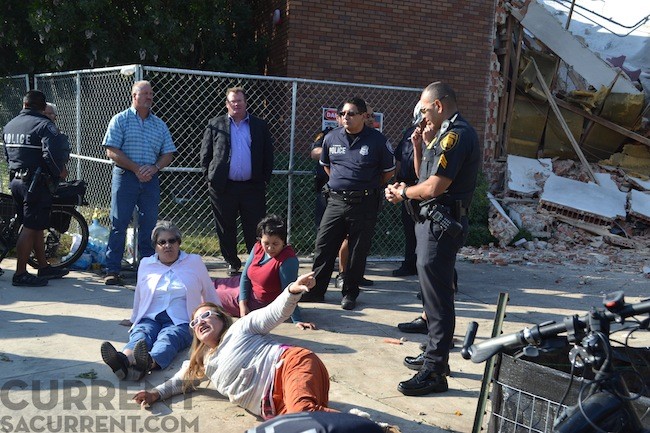 Click here to see more photos from the protest.

Shortly after a judge allowed developers to continue the demolition of the Univision building downtown, a handful of protesters staged a sit-in at the site in an effort to protect the remaining part of the structure. Community activists, some of who were members of the West Side Preservation Alliance and the Esperanza Peace and Justice Center, were arrested on criminal trespassing charges as a result. The activists say the destruction of the historic Spanish-language news station, established in 1955, is an affront to cultural preservation.

Check back with the Current for the full story.