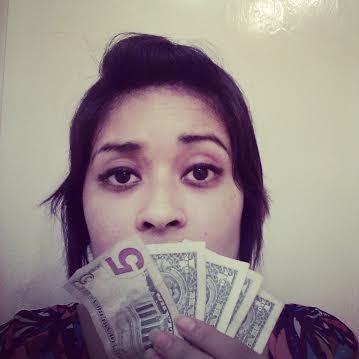 Banks are in business to make money. Shocker. Most people pick and choose which bank they would like to store their money based on fees however, what may not be common knowledge could potentially be costing folks’ a lot of money and more significantly, putting people in debt. Many banks use an abusive overdraft program to unfairly charge consumers at alarming rates. An overdraft occurs when there isn't sufficient funds in a consumer’s primary checking account and the bank pays for it anyway. The overdraft program was developed to “help” consumers pay for emergency situations but in reality, it is a predatory loan that is the number one reason consumers lose their checking accounts. In fact, that is how banks are able to profit from low-income families who depend on such programs to sustain themselves. In other words, banks benefit from the U.S. system of minimum wage that continues to keep people of color in poverty.

In Texas, over 2.5 million workers are paid the $7.25 minimum wage and over 70% of those workers are people of color. We could certainly benefit from a minimum wage increase but until then, banks will continue to use predatory lending to profit from those who can’t “save”. According to The Center for Responsible Lending, the characteristics of a predatory loan include the high cost of the fee that is disproportionate to the size of the loan and a very short repayment term (most banks only allow 30-45 days for repayment before the account is closed). Moreover, the estimate for the overall cost of overdrafts paid by Americans annually is over $23.7 billion.

Legally, banks are not allowed to persuade consumers to opt in to overdraft programs but refunds are usually hard to get when there is an overdrawn transaction. There are different ways banks make money depending on the programs they offer. Some of them include everyday debit card usage, investments and fees. If they can’t make money from you by investing your money, they will certainly have no qualms charging you non-sufficient funds fees or overdraft fees.

The simple answer to avoid giving banks your hard earned cash is to say no to all types of overdraft programs. While it may appear to be appealing to someone who is constantly strapped for cash, the reality is it may put you in debt or require you to pay a fee every time you want to use your account. Unsurprisingly, the federal government is aware of this and has decided to do something about it. In 2010, the federal reserve forced banks to give consumers the option to opt in or out of an overdraft program and there is a good reason. According to the Consumer Financial Protection Bureau (CFPB), “overdraft practices have the capacity to inflict serious economic harm”.