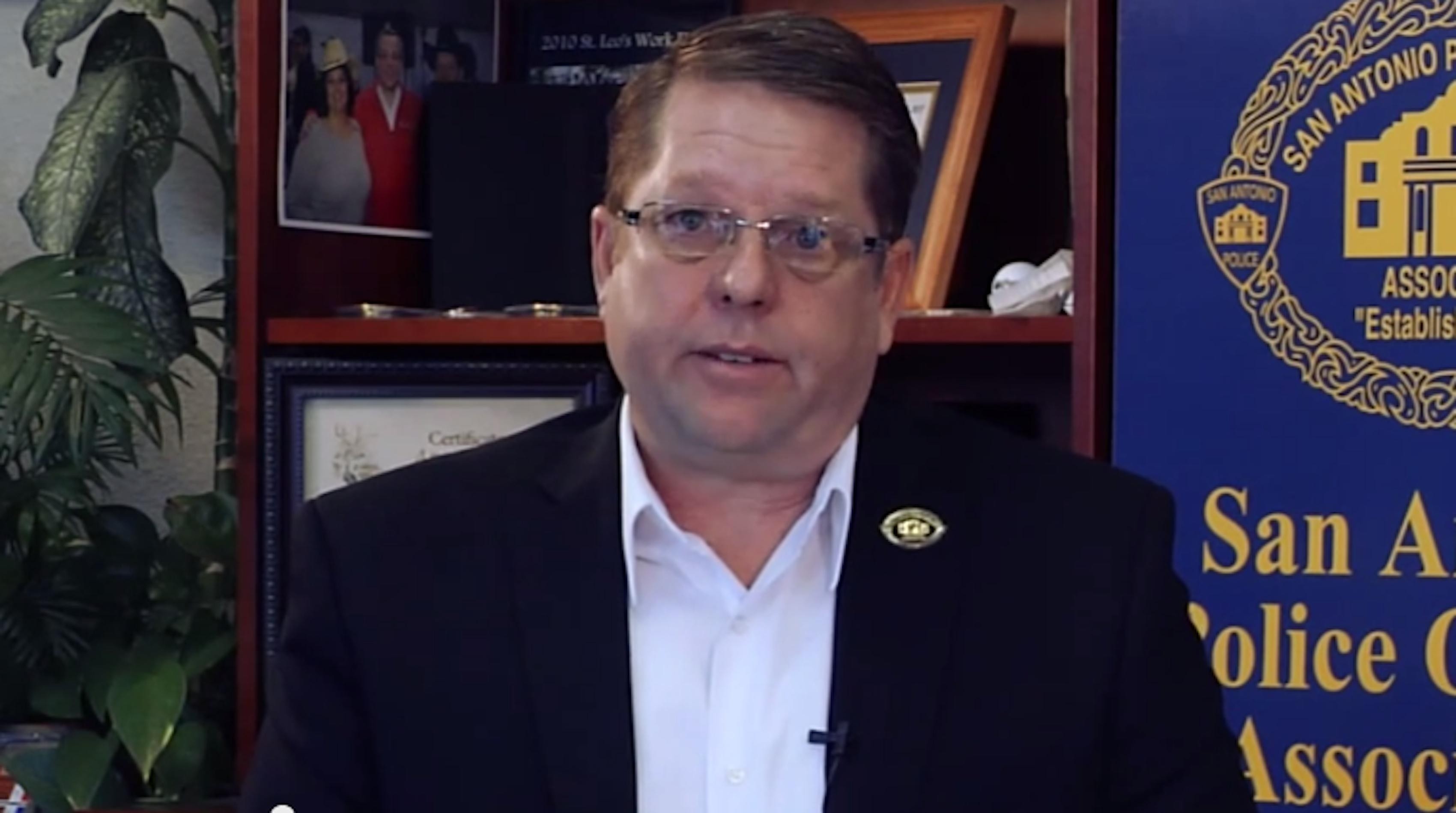 A new video released by the San Antonio Police Officer’s Association says negotiating with the Alamo City over a health care plan has been a slap in the face, so the SAPOA is raising dues to build a war chest.

Oh, and they’ll never trust anyone on city council — ever again.

“We will never rely on a council member again to carry our message. We will be involved in every single council and mayoral race going forward,” SAPOA President Michael Helle said in a video posted to the association’s Facebook page on Thursday.

The City of San Antonio and the SAPOA have an ongoing collective bargaining fight, and have been unable to come to any agreements with both sides claiming they’ve put reasonable offers on the table.

“As for current negotiations, we believe we have put real solutions and proposals on the table and the city leadership has flat out rejected it, not once but twice,” Helle said. “They city’s two lead negotiators have threatened to sue our families and force us on to the civilian health care plan. We will not negotiate with a gun to our head and give up pay and benefits.”

Interim Mayor Ivy Taylor said the needs of police officers should be balanced with everyone else’s needs.

“We respect and admire our police officers and recognize the need to provide appropriate compensation and benefits. We will balance that with the other needs of our citizens by maintaining public safety as a fixed percentage of our General Fund budget,” Taylor said in a statement released to the press. “Yesterday’s (Wednesday) meeting between the SAPOA and City health insurance experts was encouraging. I believe it can create a pathway for us to return to productive negotiating at the table. I encourage the SAPOA to return to the negotiating table.”

But the following day, the SAPOA released a blistering video, even accusing City Manager Sheryl Scully of portraying the association as “greedy bastards.”

“The city manager and her team has done everything they possibly could to make us look like we’re a bunch of greedy bastards trying to break the City of San Antonio,” Helle said. “That is absolutely 100 percent false and a lie.”

And there may be litigation on the horizon.