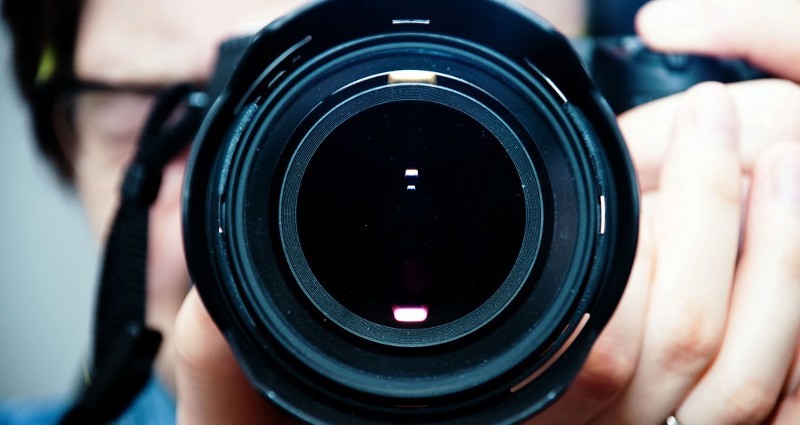 Photo by Andy Rennie (Creative Commons) Last Wednesday, the highest criminal court of Texas axed a law criminalizing “improper photography or visual recording.” The episode that incited this controversial ruling centers on San Antonio resident Ronald Thompson who snapped several questionable photos of swimsuit-clad children at Sea World. The 50-year-old man was charged with 26 counts of improper photography. "When approached by park security, Thompson attempted to delete the photographs on his camera before it was seized," District Attorney Susan Reed said. "Police examination of the camera revealed 73 photographs of children in swimsuits, with most of the photographs targeting the children's breast and buttocks areas." Despite the severity of Thompson’s multiple charges, he left the courtroom unscathed after the Texas Court of Criminal Appeals decided the law violated his federal rights to free speech granted by the First Amendment. While supporters of the statute argued for its legitimacy by questioning whether Thompson’s lewd photography even qualified as “protected speech,” the court ultimately denied the law’s constitutionality. The court’s panel rationalized that due to the ambiguous nature of artistic intent, any legal efforts to moderate public photography or video stifles a photographer’s capacity for expression, thus contradicting the individual’s First Amendment rights. "Even some obscene sexual expression enjoys First Amendment protection if it occurs solely within the confines of the home," Judge Sharon Keller explained to the court. "Of course, the statute at issue here does not require that the photographs or visual recordings be obscene, be child pornography, or even be depictions of nudity, nor does the statute require the intent to produce photographs or visual recordings of that nature. Banning otherwise protected expression on the basis that it produces sexual arousal or gratification is the regulation of protected thought, and such a regulation is outside the government's power." So while the State of Texas has justly eliminated an Orwellian law designed to regulate a defendant’s thoughts, the consequences of the decision have set a vague precedent for matters concerning privacy. Indeed, a smattering of headlines report that creep-shots, such as “up-skirt” photographs, are condoned by the law, which may or may not be accurate given a myriad of circumstances. The future impact of the court’s decision is a nebulous uncertainty at the moment, but this ruling will hopefully inspire a dialogue on the tension between artistic censorship and an individual’s privacy. In the meantime, First Assistant Bexar County District Attorney Clifford Herberg Jr. informed the San Antonio Express News that Texas district attorneys are drafting a new piece of legislation to protect the subjects of voyeuristic photography and video. "We may have to limit it to children, but right now it applies to any person," Herberg said after the decision on Wednesday. "The beauty of that statute is it gets to this person before they even make contact with those children.” Read the ruling here: