John Hagee Opens His Mouth and Says Something Stupid (Again) 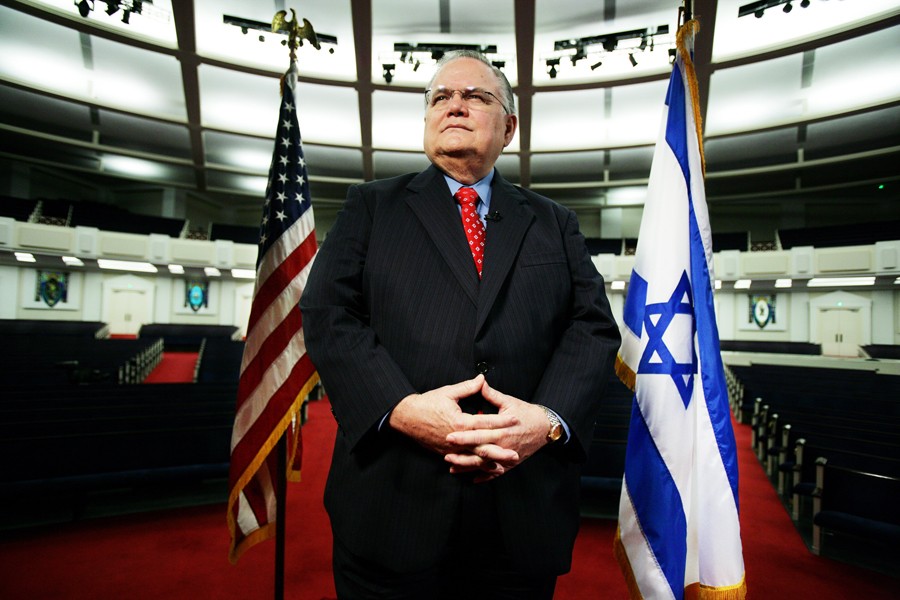 Leave it to good ol' John Hagee to say something completely bat shit insane about the events of the day to propagate his ultra-religious views.

According to Right Wing Watch, as reported by the San Antonio Express-News, the Cornerstone pastor claims the confirmed cases of ebola in the United States are the result of a vengeful God angered by attempts by President Barack Obama to "divide Jerusalem." Science has confirmed that viral transmission is spurred on by geopolitical policy and religious division in the Middle East. (Let's be very clear here: science has confirmed that the previous statement is, in fact, the opposite of true.)

To date, there have been three confirmed cases of ebola in the United States. Thomas Eric Duncan was the first patient confirmed to have contracted the virus after traveling to Liberia, the West African country that, along with Sierra Leone and Nigeria, are the epicenters of the current record-breaking outbreak. He was treated at Texas Health Presbyterian Hospital in Dallas before succumbing to the disease on October 8. Two nurses who treated Duncan, Nina Pham and Amber Vinson, have also contracted the virus. The CDC is making efforts to make contact with passengers who were on a commercial flight from Cleveland to Dallas with Vinson. Schools in both Ohio and Texas have closed as a precaution.

The media has been whipped into a frenzy over the possibility of a catastrophic epidemic. Coverage has ranged from measured, fact-based reporting to full-on panic. Scientists have attempted to temper the hysteria with reminders the virus is only transmitted through direct contact with body fluids of an infected patient.  So unless you plan to bathe in a tub of ebola vomit anytime soon, you should be pretty safe.

In the midst of this collective, national freak-out comes Hagee with his inflammatory Zionist rhetoric. Because, according to the mega-church pastor, if the gays aren't the cause of disaster, it's our black president.

Hagee's ebola comments come from the Tuesday broadcast of "Hagee Hotline." He cited the Book of Joel as biblical proof that the U.S. ebola cases are the result of God's wrath.

"I want every American to hear this very clearly ... God is watching, and he will bring America into judgment," Hagee said. "There are grounds to say that judgment has already begun, because he, the president, has been fighting to divide Jerusalem for years now."

Your remarks have been noted, John. Now kindly shut the fuck up. You can watch excerpts of his broadcast below.