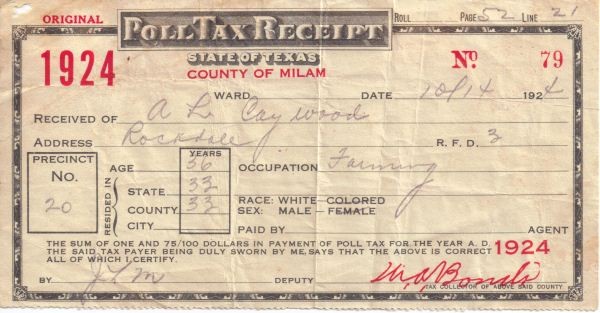 Texans love the voter identification law, at least according to a recent poll.

The University of Texas at Austin and Texas Tribune published the results Tuesday, which indicate the Lone Star State is deeply enamored with a much criticized Voter ID law by a 3-to-1 margin.

While the law was found unconstitutional earlier this year, the Supreme Court ruled that it must stay in effect for the midterm elections.

And according to the UT/Tribune poll, only a measly 22 percent of registered Texas voters say they dislike the law.

"Voter ID is now seen completely through a partisan lens," Jim Henson, co-director of the poll and head of the Texas Politics Project at the University of Texas at Austin told the Tribune. "People then match their expectation of the fact to their predispositions."

Critics of the law say it marginalizes minority voters and amounts to a poll tax.

I guess there was a time when people overwhelmingly supported poll taxes, too—you know, back when Jim Crow laws were the rule of the land.

Anyway, check out the Texas Tribune's story by clicking here.