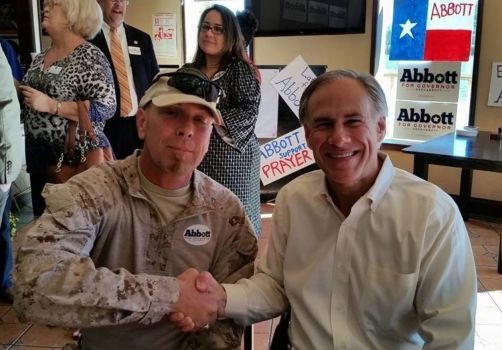 In the recent past, several motley bands of armed citizens have agitated the United States Border Patrol by kindling a state of confusion and disorder along the Mexican border.

Groomed as patriotic vigilantes, these unregulated paramilitants—self-identified by names like the Minutemen, the Oathkeepers and the Rusty Rangers—camp near the Rio Grande River with the aim of deterring illegal entry into the U.S.

While these unsanctioned groups seem to be motivated by an almost cartoonish sense of nationalism, the actual repercussions of their unsolicited surveillance have further enflamed an already heated situation; namely, the transportation of undocumented persons and controlled substances across the border.

Case in point, on Monday of last week Kevin “KC” Massey—a “commanding officer” of one ragtag border militia—experienced the volunteers’ second clash with the law this year.

Massey was also purported to be in possession of ammonium nitrate and fuel, two chemical explosives that were utilized by Timothy McVeigh during the 1995 bombing of the Alfred P. Murrah Federal Building.

As a result of Massey’s prior sentence to 5 years in prison for burglary in 1988, the militia volunteer will now face a grand jury as a felon in possession of firearms.

This incident echoes a similar occurrence that occurred during August, during which “a Border Patrol Agent fired five times at an armed [militia] volunteer named Jesus who was helping chasing drug smugglers into an ambush of capture in Brownsville's Southmost [sic] ‘no man's land,’ located inside the border fence,“ according to an interview with Massey posted on Youtube by a local sympathizer.

Interestingly, in the duration of this brief exchange, Massey alleged that Border Patrol “orchestrated” an attack against the privateers dwelling along the Rio Grande, as “they were intimidated because we were more effective than they are.”

In the meanwhile, Massey’s wife posted his $30,000 bond this week, allowing him to return home to North Texas. He has since been ordered by courts to surrender his passport and remaining weapons, as well as sever ties with his fellow militants stationed along the Rio Grande at his former base, Camp Lonestar.

Although no future deadlines or hearings have been posted at the current moment, the U.S. District Court for the Southern District of Texas ordered Massey to undergo a psychiatric exam in Brownsville on Thursday.

In the video below, Massey describes his encounter with law enforcement during an incident in September.