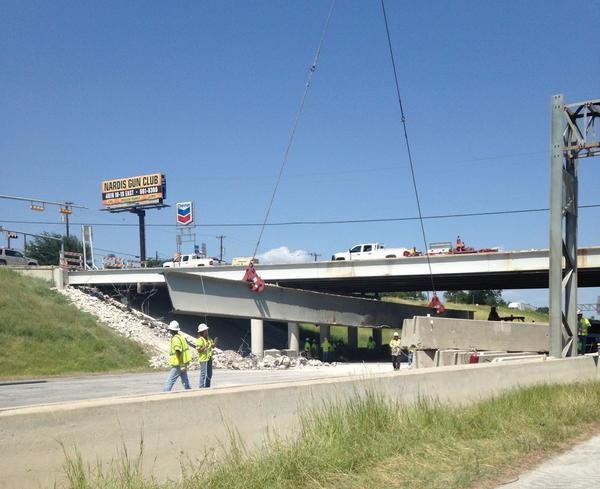 Anyone who has lived in San Antonio for any extended amount of time knows they can't remember a time when there wasn't construction on our roads and highways.

So, hopefully, a Texas highway funding bill, overwhelmingly passed by voters Tuesday, will some how help projects in the Alamo City speed up. (We know that's not going to happen, but elections are all about hope, right?)

Anyway, Proposition 1 is a constitutional amendment that will divert revenues from oil and gas tax collections to the State Highway Fund to the tune of $1.7 billion in 2015. That's a lot of dough!

According to Move Texas Forward, a nonprofit that works to educate and inform Texans about transportation infrastructure needs, by 2040, an estimated 18 million more vehicles will be on Lone Star State roads. Holy smokes!

“Tonight Texans from across the political spectrum came together to fight traffic, save lives, and create jobs. Texans have sent a strong message that they want reliable funding for our state’s highways. TxDOT now stands to receive an additional $1.7 billion for road and bridge projects in the next year without new taxes, tolls, or debt," Move Texas Forward President Scott Haywood said in a statement. "However, passing Proposition 1 was just the first step in addressing the transportation funding shortfall in Texas. We look forward to continue working with our coalition partners as we fight for the additional funding for transportation that will move Texas forward.”

So what do you think: Will Proposition 1 actually make a difference on Bexar County's highway infrastructure or is it just a pipe dream to think that all the highways will get fixed up due to Proposition 1?

Only time will tell.