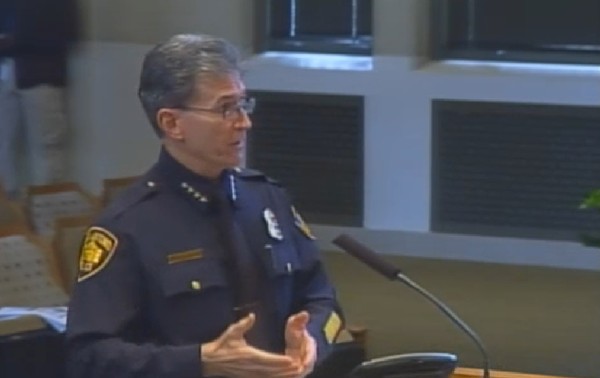 You might want to consider making your New Year's resolution to not talk on the cellphone while driving in the Alamo City.

San Antonio City Council on Thursday amended its distracted driving ordinance to outlaw talking on a hand-held cellphone while driving. Texting while driving is already illegal.

After January 1, there will be a 30-day grace period where police will issue citations. But after that, convicted motorists face a $200 fine. The infraction, however, will not reflect on anyone's driving or insurance records.

There are exceptions to the law, including hands-free devices, mounted devices and exceptions for emergencies and for truckers licensed to use hand-held radios. Additionally, if a motorist is legally parked or on private property, they cannot be ticketed.

However, the minute you leave city limits, you aren't breaking the law if you talk on your cellphone while driving.

That's why District 4 Councilman Rey Saldana and District 3 Councilwoman Rebecca Viagran said San Antonio should support a statewide ban on cellphone usage while driving, San Antonio Police Department Chief William McManus told Saldana that Governor Rick Perry vetoed a anti-texting while driving bill a few years ago, adding that it is impossible to know how Governor-elect Greg Abbott would respond to similar legislation. This is currently not part of San Antonio's legislative agenda.

But District District 5 Councilwoman Shirley Gonzales doesn't think the amended ordinance goes far enough, though, in her opinion, it is a step in the right direction. Gonzales thinks all talking on the phone, hand-held or hand-free, should be illegal.

Here's the ordinance that was passed: