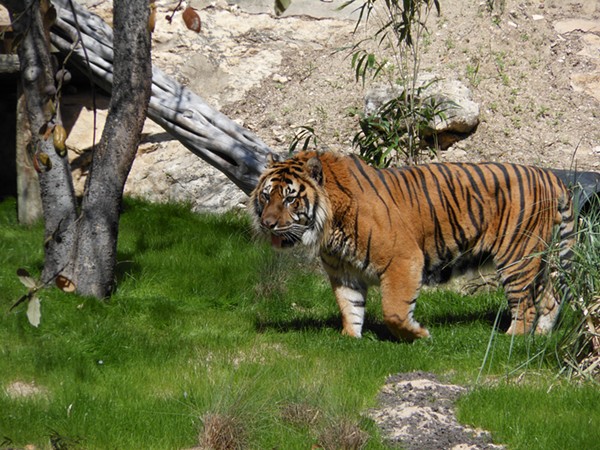 Pour one out for Raguno, guys. The San Antonio Zoo's 14-year-old male Sumatran tiger passed away early Tuesday morning. Preliminary analysis suggests the animal succumbed to internal bleeding, possibly related to cancer of the spleen. A full pathology report, due in two to three weeks, will determine Raguno's official cause of death.

Tigers have a life expectancy of 17 years. The San Antonio Zoo stated in a press release that Raguno showed signs of weakness and was occasionally off-balance prior to his death.

The Sumatran tiger habitat is limited solely to the Indonesian island of Sumatra. Estimates from the WWF suggest fewer than 400 members of the subspecies remain in the wild. Sumatran tigers are one of only six subspecies of tigers living today.

In July of this year, the zoo announced the sudden passing of Thelma and Lousie, a beloved 13-month-old female river turtle.

The zoo states that Raguno will be greatly missed.