Uber and Lyft are on the Public Safety Committee Agenda (Again) 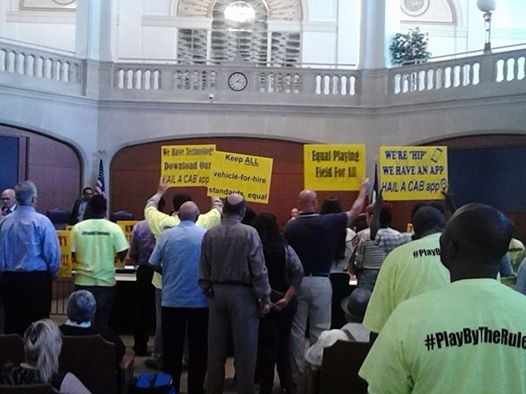 Earlier this year, the Public Safety Committee turned down a San Antonio Police Department recommendation to move proposed rules that would allow ride-share companies to operate in San Antonio in favor of having another task force tackle the subject.

And on Wednesday, the task force will bring its final recommendations to the Public Safety Committee meeting, which will be included in a presentation by SAPD Chief William McManus.

According the agenda item, there could be action, which may mean committee members will move the proposed changes to Chapter 33 of San Antonio's transportation code to full City Council for debate. And if that happens, expect a raucous public comment period like in August, where more than 90 people signed up to speak in support or opposition of ride-sharing companies.

The final recommendations include disability requirements for ride-share operators, criminal and driver history checks and drug tests for drivers. And those pink Lyft mustaches on the vehicles would be against the code as "TNC vehicles should not have to display trade dress (given they will be required to have a City issued medallion sticker on their windshield at all times)" I wonder how much those will cost or if it will be rolled into the proposed $160 permit fee.

Mirroring the SAPD recommendations, the task force proposes strict insurance requirements, which scale, for drivers, depending on whether drivers are logged in onto a ride-share platform with a ride, without a ride and without being logged into a platform.

You can read the final recommendations below and we'll be sure to let you know what happens when the committee meets on Wednesday.