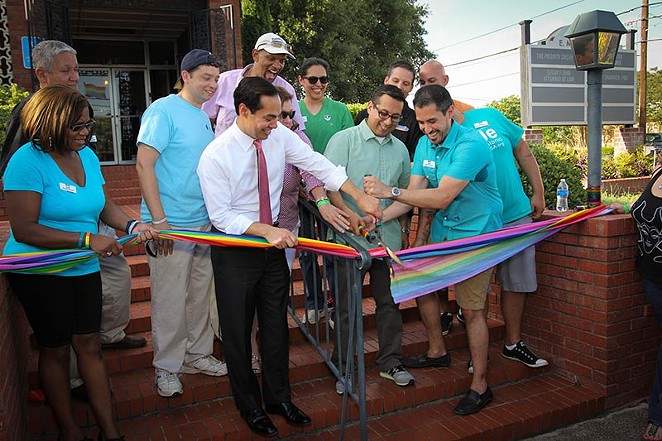 Composed of six different categories—such as non-discrimination laws and relationship recognition—this comprehensive rating system recorded hundreds of “municipal equality index scorecards” for towns across the nation, including 22 cities in the Lone Star State.

But, despite the socially conservative tendencies of smaller locales, several larger and more densely populated municipalities in Texas have demonstrated a progressive attitude toward the LGBT community. Indeed, the averaged score of Texas’ five largest cities—Houston, San Antonio, Dallas, Austin and Fort Worth—amounts to a B- score of 80, with Austin boasting a perfect assessment.

At 72, San Antonio—which possesses one of the highest percentages of same-sex couples with children in the nation—lags behinds our neighbor to the north in terms of LGBT-friendly legislation. San Antonio lacks domestic partnership registries for gay and lesbian couples, transgender-inclusive healthcare benefits and laws to prohibit discrimination based on sexual orientation and gender identity in the area of employment, according to the report.

Click here to see San Antonio's full scorecard.
“As a fifth generation Texan the MEI is both encouraging and heartbreaking,“ said Michelle Stafford, who is with the Transgender Education Network of Texas. “Encouraging in that a few of our major cities are showing progress and are making efforts in the right direction. Heartbreaking because in this state that prides itself on its friendliness and on the right of the individual to express himself, so much of the LGBT population living in Texas continues to live in fear of expressing who they really are.”