The 'Express-News' is Having an Unfortunate Case of the Mondays 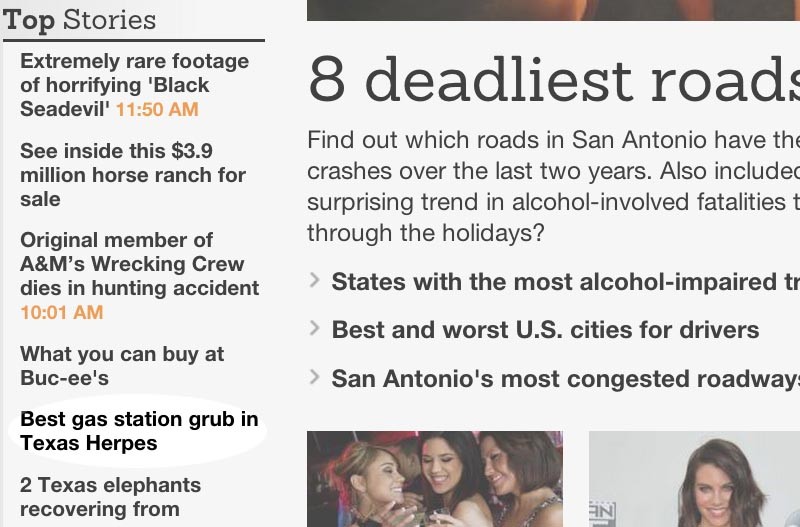 We reached out the the San Antonio Express-News. They clarified that the headline was a result of a drag-and-drop error. It's actually a combination of two headlines: "Best gas station grub in Texas" and "2 Texas elephants recovering from herpes." (Those poor elephants.) Our original post follows below.

As the Current's digital content editor, I, more than anyone, know that mistakes happen, and it's embarrassing when they do. But this unfortunate headline from the San Antonio Express-News is too hilarious to pass up.

This morning, San Antonio's daily posted a headline on the mysa.com homepage titled "Best Gas Station Grub in Texas Herpes." Obviously, it was a mistake, one that was immediately corrected once they were made aware by readers. These kind of things happen, but it doesn't make it any less funny.

As of this post, the headline has been completely taken down, so we're a little unclear what the headline was supposed to say. All we know is that the thought of herpes doesn't make gas station food any more appetizing.