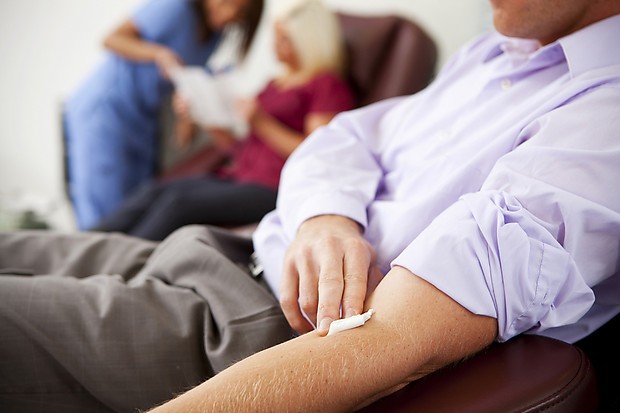 The Food and Drug Administration announced today it would lift a decades-old lifetime ban on blood donations from gay and bisexual men. Per the proposed rule change, gay and bisexual men who have not had sex within the previous year will be able to donate blood.

In its statement, the FDA said it had "carefully examined and considered the available scientific evidence relevant to its blood donor deferral policy for men who have sex with men, including the results of several recently completed scientific studies and recent epidemiologic data."

The agency said it plans to draft recommendations and take public input next year.

The announcement builds on efforts by multiple health and human services agencies to explore changing its rules. The ban was first instituted in 1983 when uncertainty and fear around HIV/AIDS gripped the nation.

“This is a major victory for gay civil rights,” I. Glenn Cohen, a law professor at Harvard University who specializes in bioethics and health, told the New York Times. “We’re leaving behind the old view that every gay man is a potential infection source." He said, however, that the policy was “still not rational enough."

Today's announcement means the nation's blood supply could increase by up to 4 percent, according to the Williams Institute at UCLA.