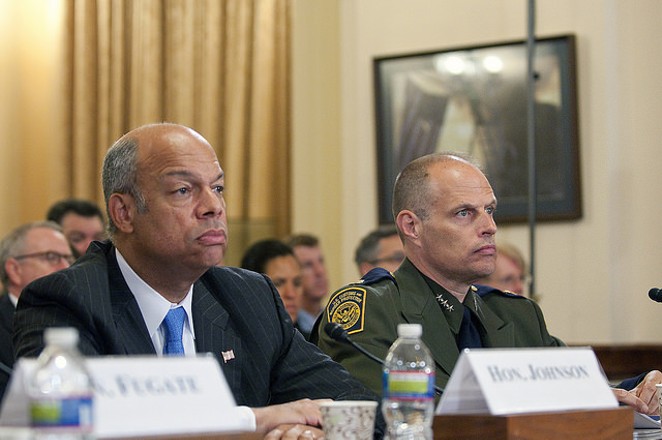 At the end of the year, U.S. Customs and Border Protection released its year in review, called the CBP Border Security Report.

And according to the agency, illegal immigration is continuing to decline from its peak in 2000, with apprehensions totaling 486,651 for FY 2014, compared to FY 2013's 420,789. At the turn of the millennium, the agency apprehended 1.6 million undocumented immigrants, according to the Pew Research Center.

"The uptick is largely due to the increase in unaccompanied children and family units who turned themselves in to Border Patrol agents in South Texas this summer," the report notes.

"DHS responded aggressively to this spike, and by September the number of unaccompanied children and family units crossing into South Texas were at their lowest levels in almost two years," the report states.

For more information, here's a copy of the report: