San Antonio Strays to be Featured in Puppy Bowl XI 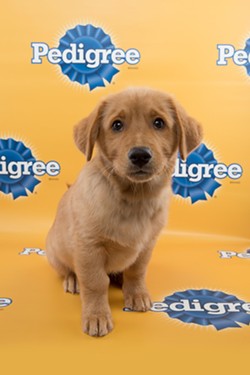 These bright-eyed and bushy-tailed additions to the program’s roster wandered the streets of San Antonio before Animal Care Services impounded the pups. And, with an estimated 150,000 dogs roaming the city according to ACS, the odds were stacked against the strays.

The lucky seven, however, escaped an ominous future thanks to Alamo Rescue Friends, a non-profit organization dedicated to rescuing San Antonio strays and transporting them to shelters in New England where they are adopted into loving homes. Fate continued to smile kindly on the dogs after Alamo Rescue Friends partnered with the Humane Society for Greater Nashua, a New Hampshire-based receiving shelter for cats and dogs, which also casts puppies in the Puppy Bowl.

The Puppy Bowl, which has showcased how sweet and well-trained rescue animals can be since its inception ten years ago, garnered a record 13.5 million viewers last year, rending the program the top telecast in all of cable. More importantly, all dogs involved in the 2014 production were adopted before the conclusion of the show’s airtime — a statistic that bodes very well for San Antonio’s canine competitors.

“Papi, a corgi mix, has been diligently working on his fetching skills,” conveyed Virginia Davidson of Alamo Rescue Friends in a press release. “His brothers Zane and Moses are also taking to the field in Puppy Bowl, but it remains to be seen which sibling will prove to be the strongest athlete on game day.”

But, given each puppy’s unlikely journey from the streets to the spotlight, we’re rooting for all underdogs participating in Puppy Bowl XI. This year's game is scheduled to air from 3 to 5 p.m., this Sunday on Animal Planet.