Red, Blue and Purple: Political Change Is A-Coming To Texas, But At Snail Pace 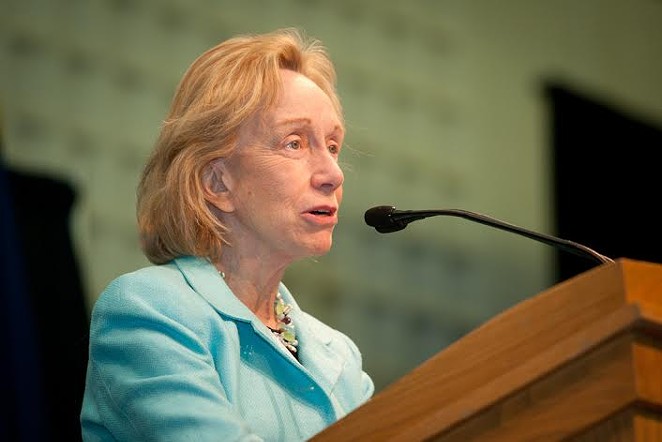 Texas has come a long way since the days of Lyndon B. Johnson.

As he successfully predicted, Democrats eventually ceded power to Republicans, who have not had a hard time staying up top. No Democrat has won statewide office since 1994.

But reversal may be in due order in the near future due to the Lone Star State’s significant demographic shift, noted nationally renowned presidential historian Doris Kearns Goodwin.

In an interview with the Current at Trinity University this week prior to giving a lecture, Goodwin, an acclaimed author whose accolades include a Pulitzer Prize, said Texas could pave the way for a national political trend.

“Johnson made the prediction that, after they signed the Voting Rights Act, we’ve undone the South for a generation of Democrats. That polarization was set in place then,” the Harvard alumna stated. “But now, with this new demographic group coming into Texas, it’s shifting and breaking. Texas could lead the way.”

That shift is led by the tremendous growth of the state’s Hispanic population.

Goodwin warned Texas and the nation at large against the impact of rigidly defined political borders, citing stringent ideological boundaries as a threat to the spirit of democracy.

To fortify diversity, she encouraged people in San Antonio and South Texas to empathize with their neighbors, regardless of cultural or political differences.

“I think for a young person to be able to go out into parts of their community and see other peoples’ lives and empathize is the only way to break the polarization,” she told the Current. “Because polarization depends on people looking at different people as the other, something different from what you are.”

A major bellwether in presidential elections, Bexar County — the fourth-most populated county in Texas — now represents one of the most diverse regions in the state, a Democratic stronghold in a mostly conservative region.

But any notion of the demographic shift having an immediate impact will be met with a heavy dose of reality. There’s talk of the state possibly turning “purple” within the next decade, but it will be hard to see it fully losing its mostly red hue in the near future.

Crockett, who moderated a Q&A session with students following Goodwin’s talk, noted that it’s hard to picture anyone else delineating the intersection of presidential politics and trends better than Goodwin.

“She knows a lot about the individuals she chooses to profile,” he said. “And since she has tackled Lincoln, TR, Taft, FDR, JFK, and LBJ, she's got some street cred in terms of talking about presidential leadership.”

Goodwin has penned several New York Times bestsellers, including Team of Rivals: The Political Genius of Abraham Lincoln, a biographical portrait of the 16th president of the United States that inspired Steven Spielberg’s 2012 film, Lincoln.

Her latest book, The Bully Pulpit: Theodore Roosevelt, William Howard Taft, and the Golden Age of Journalism, recounts a similarly turbulent period in the U.S. that led to an era of reform.