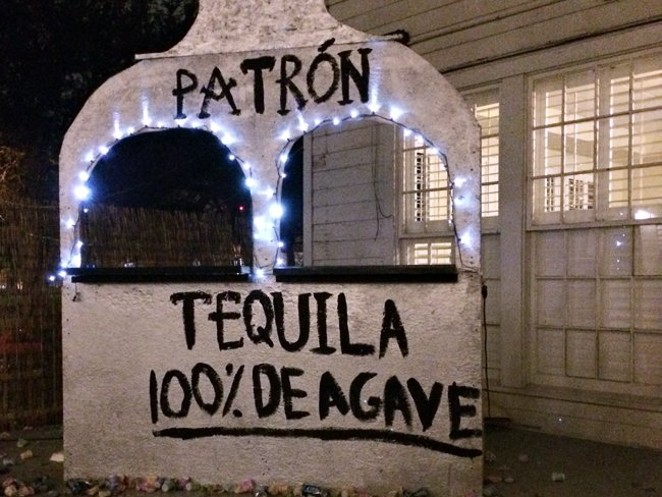 In a conflagration of racism and violence against women, a University of Texas-Austin fraternity is coming under fire for hosting a "Border Patrol" party where guests showed up wearing sombreros, ponchos and construction gear, The Daily Texan reports.

And Monday morning Gawker reported that a tipster sent screenshots from Yik Yak, an anonymous social media app, where several people claimed a man punched a woman during the party.

The fraternity, Fiji, told The Daily Texan that the event was a "western-themed party which focuses on the traditional old west," though party-goers told the college newspaper that they were told the party's theme was "Border Patrol," which elicited costumes with the names "Jefe" and "Pablo Sanchez" emblazoned on hard hats.

"We notified our chapter prior to the party via email that the theme was Western — not south of the border or anything Mexican related. It was our intention to monitor and enforce this policy to the best of our ability," Campbell told The Daily Texan in an emailed statement. "If any individual or cultural groups were offended, Texas Fiji apologizes for any insensitivity that our guests or members may have portrayed. It is never Texas Fiji's intent to alienate or demean any ethnic group."

According to Gawker, Texas Fiji hasn't responded to allegations that a man hit a woman at the party.