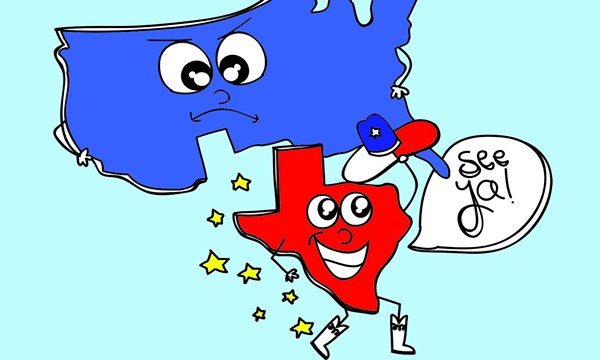 A Texas secessionist group raided by law enforcement in Bryan, Texas, on Valentine's Day is claiming their right to lawful assembly was violated.

According to the Republic of Texas' president, John Harold Jarnecke, nine law enforcement agencies, from the local to the federal levels, raided a VFW post in Bryan the group rented for its meeting and seized computers, phones, gold, silver and thousands of dollars in cash.

"As if dangerous criminals, many of the Texian people — generally seniors of respected middle-class business, farming, broadcasting, engineering, scientific, health, veterans and faith-based backgrounds — were one-by-one physically searched on their person and in their vehicles, finger printed, detained and then had their personal belongings and property searched and seized," Jarnecke said in a February 17 press release.

Rusty Hierholzer, Kerr County sheriff, told the Houston Chronicle that the raid was in response to the Republic of Texas sending a legal summons to a Kerr County judge and a bank employee demanding they appear in the secessionist group's court because of their involvement in the foreclosure of a group member's home.

"You can't just let people go around filing false documents to judges trying to make them appear in front of courts that aren't even real courts," Hierholzer told the Chronicle.

Hierholzer told the Chronicle that no arrests were made during the raid, but that the investigation is ongoing.