How Effective Is Texas' Border Surge? 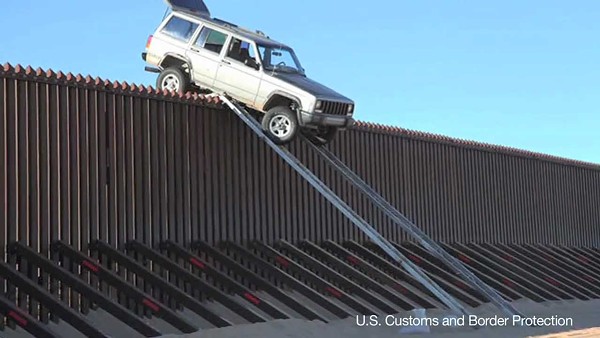 Despite an expensive surge of Texas Department of Public Safety troopers and the National Guard to the Rio Grande Valley, drugs continue to flood into the Lone Star State.

The surge is called Operation Strong Safety and was announced last June, when a large wave of undocumented immigrants were crossing the Rio Grande, including many children, and was meant to stem the tide of human and drug trafficking by Mexican cartels, along with increasing the price of illegal drugs in Texas.

The Austin American-Statesman reported that while Texas' leaders are doubling down to expand operations on the border — to the tune of $815 million — the price of illegal drugs has dropped rather than increased.

While illegal crossings have fallen, which is due to a Mexican government crackdown and public awareness campaigns in Central America, according to the Austin American-Statesman, the Austin Drug Enforcement Administration resident agent in charge, Greg Thrash, told the paper authorities aren't seeing a slowdown in the illegal drug supply and that on a wholesale level, illegal drug prices are dropping like the price of gas.

On Monday, in response to a Texas Observer story that included new video of a DPS trooper shooting from a helicopter and killing two undocumented immigrants in the bed of a fleeing pickup truck in Hidalgo County in the Rio Grande Valley, Progress Texas sent out a press release calling for a renewed investigation into third-party contracts with DPS regarding border security efforts.

“In light of the significant questions raised by this alarming DPS shooting video, we ask that the Public Integrity Unit’s criminal investigation into DPS no-bid contracts with Abrams Learning and Information Systems be reopened immediately," Progress Texas Executive Director Edward Espinoza said. "The human cost and lack of transparency surrounding DPS operations at the US-Mexico border underscores why we must scrutinize third-party contractors training DPS and other state employees in border security.”

Perry is accused of abuse of office and official oppression after he vetoed the funding in 2013 after Travis County District Attorney Rose Lehmberg was arrested for drunken driving and refused to resign.

Texas' new governor, Greg Abbott, has declared border security as being an emergency item for his administration and will continue dumping funds into the initiative.