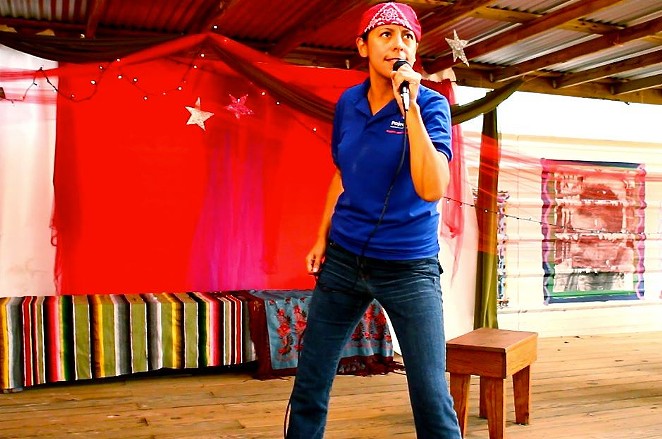 In a joint effort, the San Antonio HIV Awareness Coalition and the Office of Women's Health are hosting informational tables and HIV and syphilis testing at the Walgreens on the corner of Flores and S.W. Military Drive.

The March 10 event is being held in honor of National Women and Girls HIV/AIDS Awareness Day, according to a press release.

The nationwide observance is meant to raise awareness on the impact of HIV/AIDS on women and girls and to empower people and communities to take action by getting tested, talking with friends and family, practicing safe sex or abstinence, and taking medications as directed.

The event will be held from 10 a.m. to 3 p.m. and Anna De Luna will perform The AIDS Lady, a one-woman theatrical performance.

"I created The AIDS Lady to reach out to teens and young adults — to let them know it's OK to openly talk about sex and remove some of the stigma/misconceptions they may have. I also wanted to confidentially share some of very human stories of the HIV positive colleagues I served as an educator/tester in the past 8 years — to put a face on the virus and remove judgement of those infected. I wanted to think outside the box and figure out a way I could remove fear and encourage HIV testing through the use of theater," Luna said on Facebook.