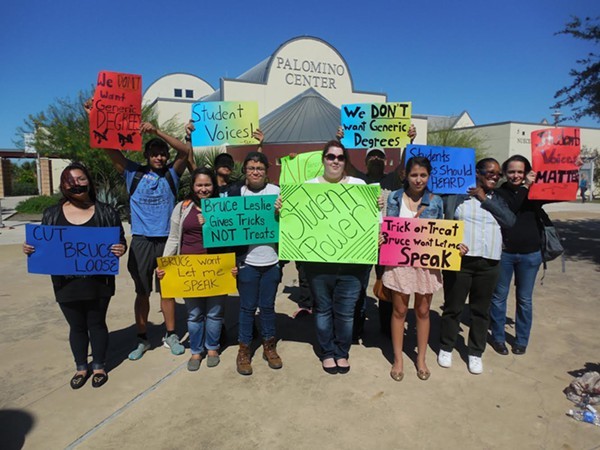 Expect a raucous Alamo Colleges' Board of Trustees meeting tonight.

Leslie's plan to do away with majors at the campuses is a swirling controversy that isn't going away.

Protestors include faculty and students from Mexican American Studies programs, which would be eliminated under Leslie's plan.

"Dr. Leslie should be removed. He has proposed changes that devalue the student's degrees and has spent funds on programs and projects that are not supported by students or faculty," organizers with the Student Leadership Coalition wrote on Facebook. "The Alamo Colleges needs someone who will work for the colleges, advocate for the students and the faculty, and not undermine the community."

Protestors will meet an hour before the board meeting, which is at 6 p.m., at 201 W. Sheridan.