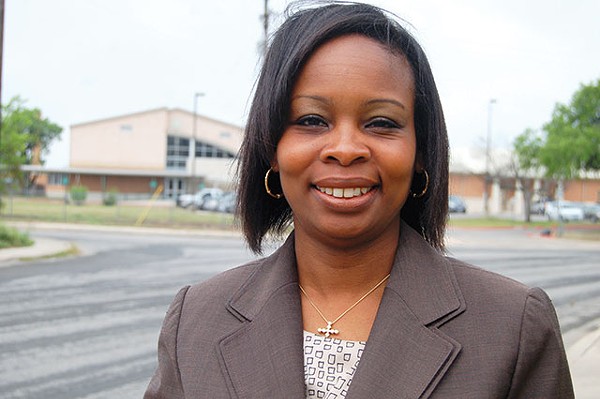 Diego Bernal tweeted an additional response regarding the NDO and its enforcement authority, saying that its passage was just the beginning to ensure equal rights for gays, lesbians and transgender people in San Antonio.

@SAcurrent I said from the beginning that it was a start. Not the end. Certainly not a stunt. A start. Upward and onward.

State Rep. Diego Bernal is not reacting kindly to remarks Mayor Ivy Taylor's made last night regarding the non-discrimination ordinance amendments he championed.

During a KLRN Mayoral Candidate Forum Wednesday night, Taylor spoke frankly about her unresolved reservations over the LGBT and veteran discrimination protections approved by City Council in 2013, a measure she described as " political stunt."

Taylor, who represented District 2 at the time, drew widespread criticism among SA's LBGT community and its allies when she voiced opposition for giving the city's gay, lesbian and transgender citizens protected status. Citing concerns over the NDO's application to private businesses that contract with the city, she voted against the controversial proposal when it ultimately came to a vote.

As reported by Out in SA by way of the Rivard Report, Taylor echoed her concerns that SA's LGBT anti-discrimination protections could compromise the faith of private business owners. The same argument has been used to justify the religious freedom acts that have made headlines in recent weeks.

She continued by taking aim at the motivations behind amending the NDO, noting the lack of details regarding the intake and enforcement of LGBT discrimination complaints, clearly alluding to her fellow council members at the time, including Bernal, who was perhaps the most vocal supporter for LGBT protections.

"I also found when I became mayor that there have been no efforts to actually implement the ordinance that had been passed and so I felt that it was a political stunt," Taylor said.

Bernal responded to Taylor's critical remarks today on Facebook and Twitter, reminding followers of his role in elevating the city's LGBT to protected class status.

So, any policy where there is still work to do= political stunt. I'd like to thank all of the stuntmen & women of SA for their efforts.#NDO

While Bernal may be insulted by Taylor's criticisms about his signature initiative — one that raised his political profile — her remarks were not entirely unfounded. A lack of clarity regarding how complaints would be investigated and enforced underminded the NDO's good intentions.

Despite her opposition, when she took office last year, Taylor prioritized the necessity to establish a transparent process to intake and investigate claims in addition to identifying enforcement mechanisms. That latter task is complicated by the lack of state and federal protections for sexual orientation and gender identity. A year after the NDO was passed, a website was launched for complaint submission, and Taylor established an LGBT community advisory task force to hear community concerns regarding the application and enforcement of the NDO.

Taylor also established an Office of Diversity and Inclusion, promising to appoint a human relations liaison to oversee NDO investigations. But as Out In SA points out, Taylor may be running out of time to name someone to the position.

Still, Taylor's debate remarks may cause some LGBT voters to pause at the ballot box, despite her efforts to make the NDO work. Meanwhile, Bernal will be addressing gay equality at the state level, as a record number of anti-gay legislation is taken up at the state capitol.