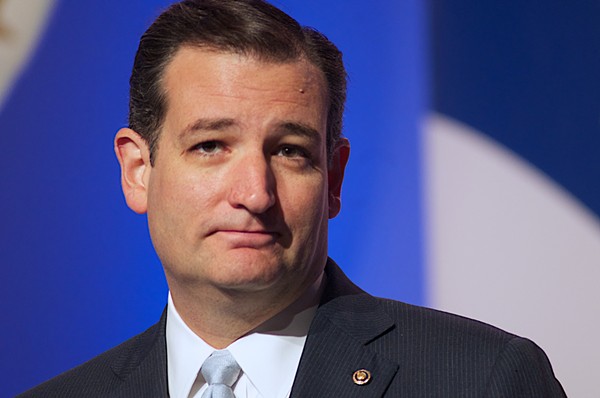 Barely a day after Laredo seemed poised to make national headlines as the host of the country's only officially declared presidential candidate, the whole thing seems to have fizzled.

U.S. Senator Ted Cruz, the Texan lightning rod running for the GOP 2016 residential ticket, had his people reach out to Laredo's Texas A&M International University to serve as its upcoming graduation speaker.

But the Texas Tribune is now reporting that Cruz will not be Laredo-bound, after all. The university didn't issue any announcement, but the Tribune reported that in a statement, it confirmed Cruz will not speak at commencement next month.

No reason was given for the reversal, though the university seemed to be leaving the door open for a possible future Cruz visit to campus in the border city.

Why Laredo, of all places?

If it's to use the spot to highlight border security issues, he could have picked the Rio Grande Valley, a much hotter spot in terms of people and drug smuggling as of late.

Only Ted Cruz and his entourage know, but the Texas senator and newly-minted GOP presidential candidate apparently wants to be in Laredo as a college commencement speaker.

As reported in The Bridge, the student newspaper of Texas A&M International University, Cruz's campaign people called up the university's president, Ray Keck, to see if he wants to have the ever-controversial politician as his Spring graduation speaker.

The university has not confirmed the news but The Bridge reported that negotiations are taking place and an update is expected on Monday.

Curiously enough, as the newspaper reported, initial reaction from students was emotional — but apparently not so much for political reasons. Seems that, if it were to take place, Cruz would be such a huge draw — first-ever in Laredo by a presidential candidate — that the university's usual three separate, staggered graduation ceremonies throughout the day would be lumped into one night event.

"I'm very upset by this," the paper quoted senior Megan Lenz as saying. "It's hard on students who have family out of town and out of state. Most universities have this planned ahead of time and all we have has (sic) is confusion."
Such appears to be the furor over the potential last-minute scheduling change that an online petition was started to keep the original line-up. And the Student Government Association is asking Keck to not change everything around for Cruz.

Meanwhile, the libertarian-leaning politico continues making national headlines — this time for his climb up the polls.

Among potential GOP candidates — Cruz is still the only officially declared one thus far — Jeb Bush tops the list with 20 percent. But Cruz jumped up from back of the pack to second, at 13 percent.

It'll be interesting to see, as news spreads in the Laredo border region of Cruz's upcoming appearance, if there will be political backlash to accompany students' beef with logistics.