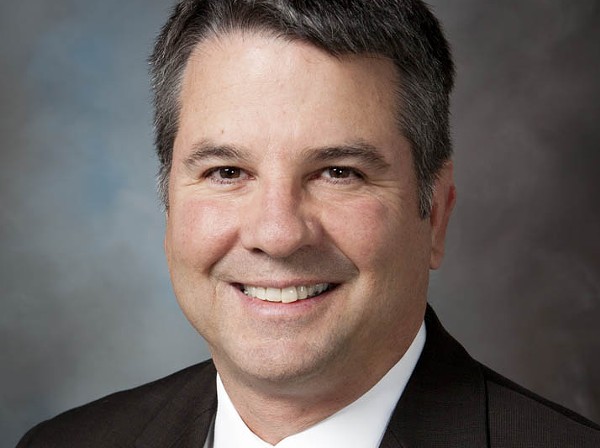 The shenanigans out of Austin on the immigration front are back.

It didn't go anywhere four years ago and it ended up DOA when lawmakers tried to resurrect it again in 2013, but that's not stopping Texas Republicans from putting their boxing gloves again.

Talking about their perennial push to enact a "sanctuary cities" bill. The law would actually pull state funding from cities across the state that enact ordinances barring local authorities from engaging in immigration enforcement, even if it's to cooperate with federal agents.

The road ahead for getting into law this time around again is not expected to be an easy one for the GOP-led effort, but unlike the last attempt, this time it cleared the first hurdle by passing out of a Senate subcommittee on Monday. if it then gets the green light from the full Veteran Affairs and Military Installations committee, as expected, then it'd be up to the full Senate to debate the perennially thorny proposal.

Perhaps in order to try to draw more bipartisan support, the language was changed from the original version to not make it apply to cops assigned to schools and it also leaves out crime victims and witnesses.

Tweaks aside, the argument has remained steadfast. Its sponsor, Sen. Charles Perry, Republican from Lubbock, maintained the tried-and-true argument that it's simply about making city leaders adhere to the rule of law.

To which, as they've countered before, Democrats swiftly countered saying that's a bunch of BS, noting that it's nothing but veiled attack on minorities.

"It puts Texas on the wrong track," said state Sen. Sylvia Garcia of Houston, as quoted in the Dallas Morning News. "It will lead to racial profiling."

But Republicans continue to have a majority in Austin, so as much as they cry out against, Democrats can only do so much to stand in the way.

The real reason the bill has not made it to the governor's desk all these years is due to the state's influential business lobby, joined on this issue by many local police chiefs who don't want any part of immigration enforcement.

They're expected to come out in full force yet again to keep the bill from going anywhere.