The Most Horrifying Story Involving Chorizo You'll Read All Day 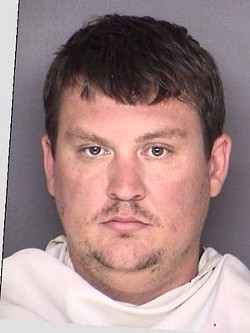 Five volunteer firefighters in Waxachachie, Texas, have been charged with aggravated sexual assault for an alleged January 20 hazing incident that involved a chorizo sausage.

Leanne Parten, 23, who is not affiliated with the volunteer group was charged for allegedly recording the incident on her cellphone.

The victim alleges he was forcibly held face down over a couch during the assault. In a signed affidavit, Peyrot provided specific details of the attack, which were described by the Daily Light.

During the interview, Peyrot said he retrieved a wooden "broom stick" and gave the "broom stick" to Wisakowsky, the document read. Peyrot explained this was the first object they tried to use on John Doe #72 during the incident, the document stated. Peyrot said Tucker, Stafford, Wisakowsky and he continued to hold John Doe #72 down and put the "broom stick" under his pants. During the incident, one of the parties said "I have something better," and went to the refrigerator and returned with the chorizo sausage, according to the affidavit.


The victim stated he crawled to the bathroom following the attack and threw up. The attackers allegedly further dehumanized their victim by stealing his clothes while he showered and taking his towel, forcing him to cover himself with his hands as he went outside to retrieve a pair of shorts from his vehicle.

"I am confident that this event is not representative of the character of the majority of fire service professionals in this county," Bush said in a statement, according to the San Antonio Express-News.

An earlier version of this story was illustrated by a photo of Garcia Foods, Inc. pork chorizo. Authorities have not disclosed what type of chorizo was used during the sexual assault, nor is the brand a salient detail.