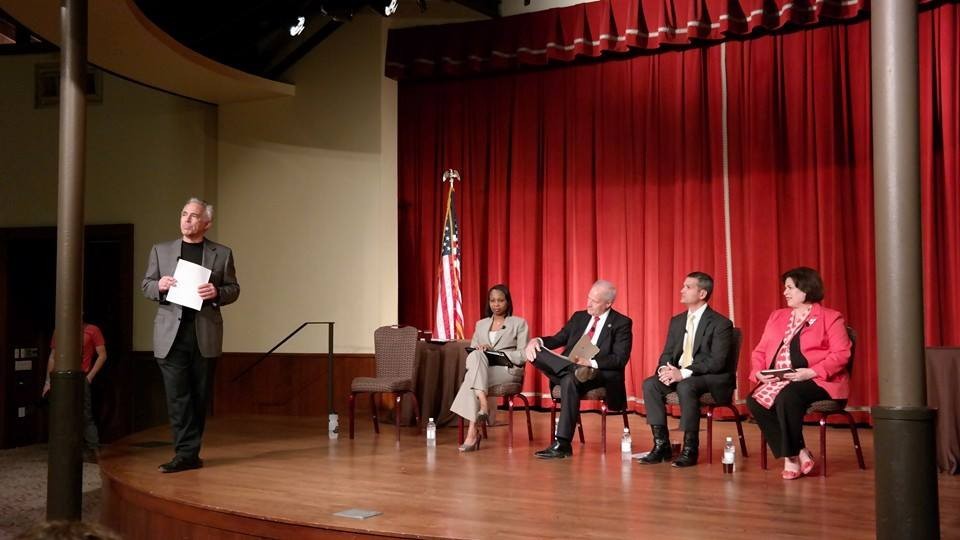 Does local or state government know best when it comes to balancing equality and good business?

Local control sparks heated discussion this week for the San Antonio mayoral candidates in the “Pints and Politics II” forum hosted by The Rivard Report.

Saldaña, in his request, calls upon San Antonio City Council to send a resolution to the Capitol expressing San Antonio's firm resolve in maintaining local control over ordinances.

Villarreal's criticism of Taylor stems from her past reluctance to support local ordinances listed in the request, such as the non-discrimination ordinance (NDO).

Taylor remarked at a forum in March "I found when I became mayor that there have been no efforts to actually implement the ordinance that had been passed and so I felt that it was a political stunt," according to Out In SA.

Out In SA notes Taylor attending a LGBT fundraiser for Fiesta Youth this week.

Out in SA proceeds to offer the critical comments made by activist Janet Burrage Grigsby " Ivy Taylor’s answer to my question about her NDO ‘political stunt’ reveals her once again as the candidate that WILL NOT represent all citizens of our city."

Agreeing with Saldaña, Equality Texas supports the movement for local governments to make local decisions. Equality Texas states boldly on their legislation page: "Locally elected officials have determined that these ordinances are needed [as] protections against employment discrimination based on gender identity or expression."

Governor Greg Abbott defends the Texas Legislature’s move to enforce state regulation and law over that of local government ordinances, with a statement to the Texas Public Policy Foundation, “Texas is being California-ized.”

Continuing his defense, Abbott emphasizes the fact that these differences in discrimination policy throughout the state, due to local ordinances, thwarts the progress of good business. In his statement to the Texas Public Policy Foundation, he criticizes the excessive use of ordinances saying, "We are forming a patchwork quilt of bans and rules and regulations that are eroding the Texas Model."

Outlining the 'Texas Model' in a Forbes op-ed article Abbott wrote, "We have built a framework that allows free enterprise to flourish, including less government, low taxes, [and] reasonable regulations."

Currently four bills have been introduced to state legislature regarding local control.