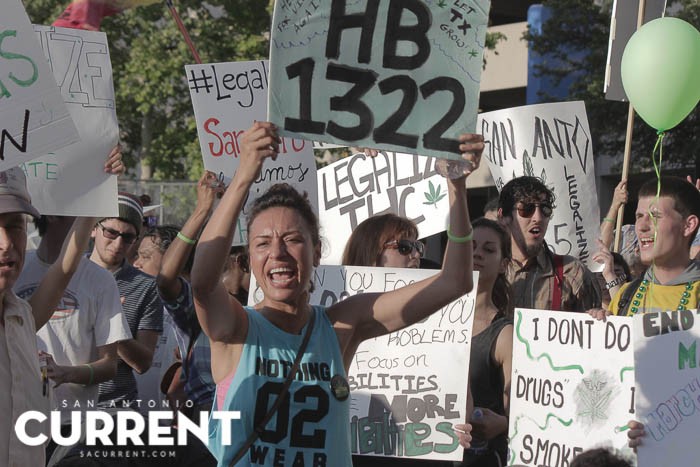 Starting at Maverick Park and ending at the Friendly Spot Ice House, 300 people snaked through downtown Sunday to raise awareness about pot reform efforts at the Capitol.

[Slideshow: 35 Photos Of The SA NORML March For Marijuana Legalization]

Marisa Laufer, an organizer with the Alamo City chapter of National Organization for the Reform of Marijuana Laws (NORML), said a strong presence in San Antonio is vital for weed reform in Texas.

She believes the legalization of marijuana is long overdue and the government is “wasting money criminalizing marijuana.”

"Give us our freedom back – to choose for ourselves what medicines we and our children will use. It is time to stop hindering the educational dreams of our college students caught in possession of cannabis," he said in a press release. "It is time to stop destroying the careers of our neighbors who choose cannabis over alcohol as a recreational enjoyment. It is time we stop caging our friends and neighbors for possessing a plant."

This year alone there have been 11 proposed bills in the Texas legislature calling for some variation of legalizing marijuana. So far three bills, which would have reduced pot possession penalties, are dying in committee.

Laufer urges voters “not to be discouraged, but to keep fighting … we need the support in Texas.”

Video of Sunday's demonstration outside The Friendly Spot in Southtown