Sick Of Sitting In San Antonio Traffic? Take This Survey 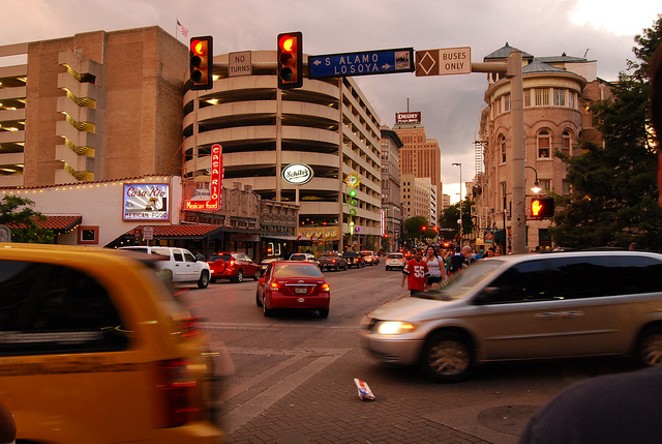 Got gripes about getting around San Antonio? Tell them to someone who cares.

Like the City of San Antonio, for instance. No, seriously — they want to know.

On Tuesday, the City sent out a survey to help guide the transportation component of its SA Tomorrow initiative, a long-range planning effort for San Antonio’s growth over the next few decades. The plan is to prepare transportation, housing, and the job market for the additional million people who will flood the San Antonio area over the next 25 years.

Terry Bellamy, assistant director of transportation and capital improvements, said in a press release that “the growth will happen whether people take an active role in planning for it, or sit back and hope for the best.”

The survey comes on the heels of San Antonio voters approving a measure that requires a vote on any streetcar or light rail project. Some of the questions in the survey seem like they’re designed to measure public appetite for light rail.

The survey takes about five minutes to complete. It’s open until June 1.