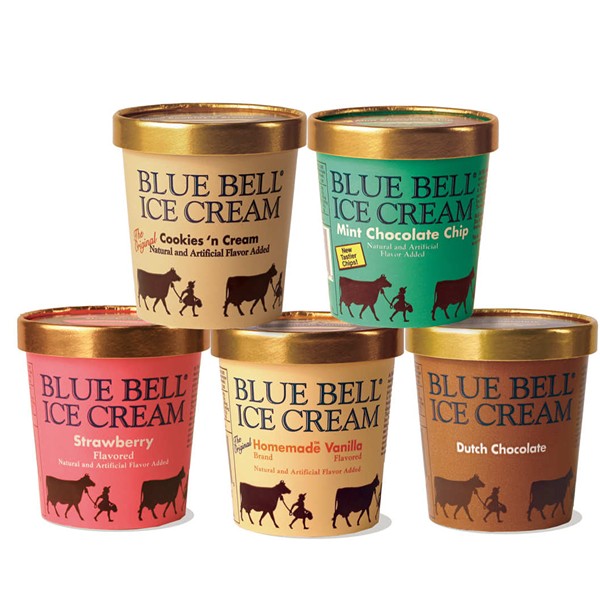 Blue Bell faces yet another upset to its name, as one man in Houston found a tooth in a scoop of ice cream.

According to the Houston Chronicle, Eric Gutierrez was eating a bite of Cookies 'n' Cream ice cream, when he felt something that was not a cookie. He said he thought it might be a pecan shell, but when he spit it out, it was a human tooth.

Jessica Gutierrez, his wife, contacted Blue Bell immediately, only to receive a response two days later when a Blue Bell agent showed up at their door. A few hours after the agent had picked up the carton and tooth, Blue Bell issued their first recall, according to the newspaper.

"No wonder he looked so shook up when I told him I threw up and had been having diarrhea," Jessica Gutierrez reported to the Houston Chronicle.

Despite the horrifying news, ice cream lovers still turn to the black market in search of their beloved Blue Bell.

A search on Craigslist revealed one gallon of “Unopened Half Gallon Natural Vanilla Bean” selling for an outlandish price of $1500. Another ad for “Unopened Blue Bell 1/2 Gallon! Chocolate Decadence” costs slightly more at $7000. That one has been flagged for removal.

The first description read, “Perfectly preserved in all its creamy beauty! [T]his rare beauty was not produced from the tainted Oklahoma factory… Purchaser assumes any and all liability related to consumption of this ice cream.”

No Blue Bell can be found on eBay, however, as they have a policy forbidding the sale of recall items or items prohibited for sale by government law or regulation.

Bill Marler, food safety attorney, says the sellers would not face legal troubles, “The only rules they’re breaking are the rules of common sense,” as reported by ABC News.

May 7, Blue Bell announced in a press release several agreements made with state agencies,which included an incorporation of microbiology experts, in Texas and Oklahoma to get Blue Bell facilities clean and sanitary. They are currently working with Alabama state agencies for a similar agreement.

Blue Bell Ice cream is not expected to be back on store shelves for several months.