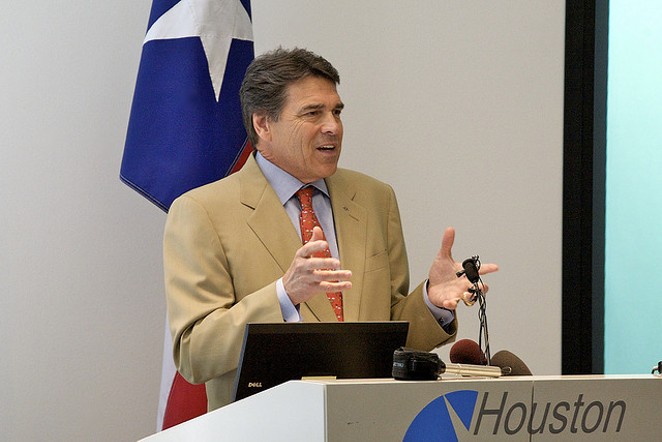 Anita Perry, wife of former Gov. Rick Perry, tweeted this morning that she and the longest-serving governor in Texas history had a “special announcement” planned for June 4 in Dallas.

The announcement is presumably that Perry will launch another presidential bid.

But has Perry ever really stopped running for president?

He dropped out of the Republican primary in 2011 after his infamous “oops” moment in a November debate. But he’s prepared himself for another run ever since, consulting with policy experts and stumping in early primary states like Iowa, New Hampshire, and South Carolina.

Perry also used his last term as governor to launch job-poaching trips around the country, trying to lure businesses from other states to industry-friendly Texas and pump up his job-creating credentials.

Perry will join a crowded field of Republican contenders. And many have ties to Texas: Sen. Ted Cruz was the first Republican to officially announce his run, Sen. Rand Paul of Kentucky attended Baylor and is the son of former Texas Rep. Ron Paul, and former Gov. Jeb Bush of Florida, the presumed front-runner, is related to two former presidents from the Lone Star State.

If Perry is going to make a run, he’s got some serious ground to make up. Most polls show him garnering support in the single digits — well behind front-runners like Bush, Gov. Scott Walker of Wisconsin, and Sen. Marco Rubio of Florida.

Then again, it’s early. A lot can happen between now and February, when primaries begin. And even if we don't get another "oops," there's always a chance that Perry will drop something like this: