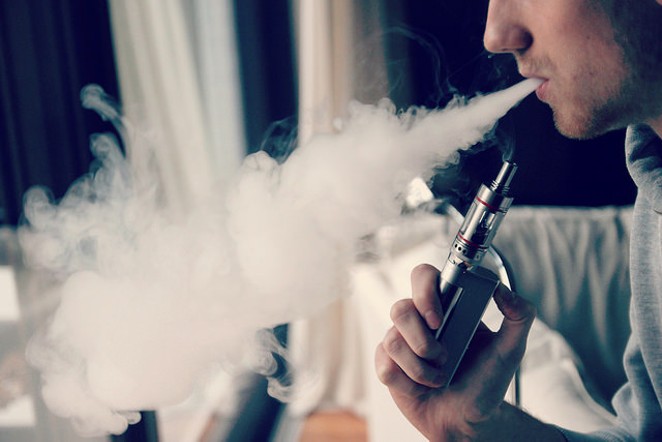 Quick kids, buy all the e-cigarettes you can!

I'm joking, of course. But newly-passed legislation will likely soon cut minors in Texas out of the e-cigarette market.

The Texas Senate sent a measure to the governor today that makes it illegal to sell e-cigarettes to minors. The House passed the bill last week.

E-cigarettes, also known as vaporizers, are battery-operated devices that heat up liquid (commonly known as “e-juice”) to create a flavored vapor. They are often marketed as an alternative to cigarettes, as the liquid can contain varying amounts of nicotine.

E-cigarettes have recently exploded in popularity, but questions linger about their long-term health effects. They are currently unregulated by the Food and Drug Administration, which cautions that “consumers currently don’t know...the potential risks of e-cigarettes when used as intended.”

Most states already ban minors from purchasing e-cigarettes. If Gov. Greg Abbott signs the bill, selling e-cigarettes to minors would be a Class C misdemeanor, which carries a maximum fine of $500 and no jail time.